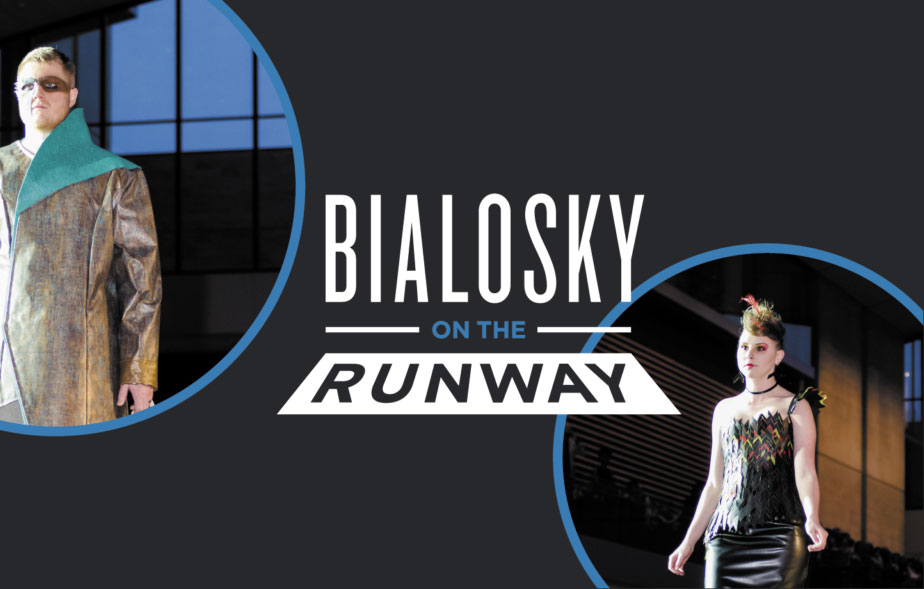 Bialosky on the Runway

Last month, Bialosky Cleveland once again took to the runway in support of Providence House, a crisis nursery fighting to end child abuse and neglect, in IIDA Cleveland/Akron's biennial design competition Product Runway. The competition challenges interior designers, architects, and artists to test their creativity and technical skills by transforming interior finish materials (such as upholstery, ceramic tile, and laminates) into runway-fashion. This year's event took place during MIX at The Cleveland Museum of Art, drawing a crowd of 2,300+ people from across the community. Cleveland native, and Project Runway alum, Valeri Mayen of Yellowcake served as this year's celebrity judge. 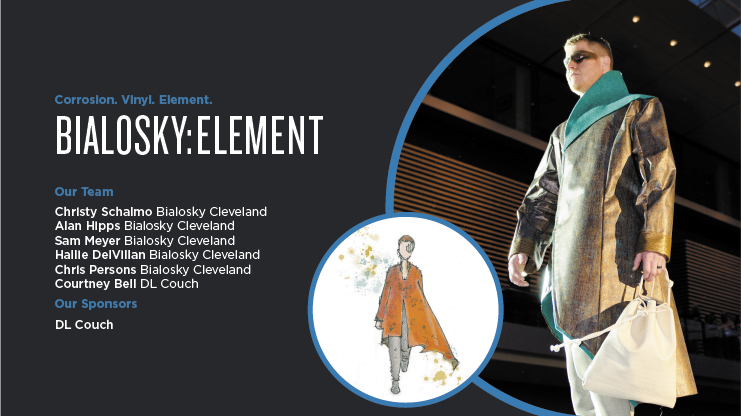 Bialosky:Element
The design of Bialosky:Element’s outfit was an exploration of raw corrosive forces, and how they translate into garments. Materials including vinyl wall covering, and colors were chosen that call to mind patinaed copper or rusting iron. That palette was advanced through outfit elements that seemed to make materials corrode each other, dissolving into complementary colors and forms. The main article—an overcoat—expressed an asymmetry through lapel construction, a one-sided collar, and a facial prosthetic that balanced the composition. It emphasized a single line drawn across the body through the entire jacket. Beginning in front, that line terminated in a disintegrating geometric pattern on the back of the garment, completing the look. 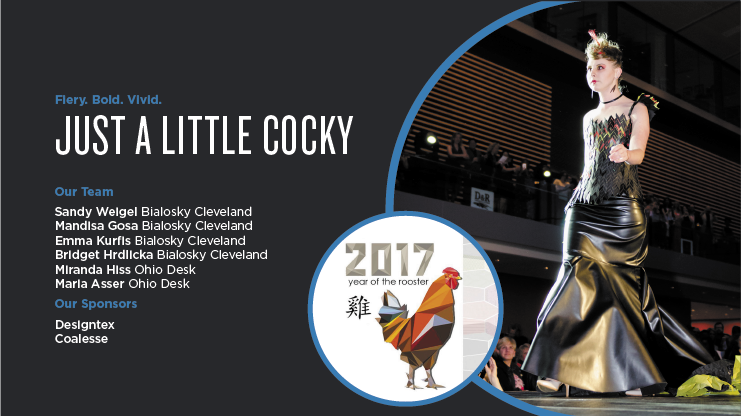 Just A Little Cocky
Inspired by the Chinese Year of the Rooster, our team designed a garment that was both bold and detailed. We created an intricate stylized feather pattern over the fitted bodice with laser cut pieces of plastic laminate that mimicked the scale and pattern of a Designtex fabric. The ‘feather’ pattern was softened by adding brightly colored pieces of drapery fabric. The accent color serves to visually connect the top with the ruffled base of the vinyl mermaid-style skirt. We completed the look with rooster-inspired hair and make-up. Special thanks to our sponsors Designtex and Coalesse and our hair and make-up team Jen Brennan and Tierra Banks!

This year's competition was steep and unfortunately, neither of our Bialosky teams took home a prize. Congratulations to this years winners and a job well done to all teams that participated. We can't wait for 2019! 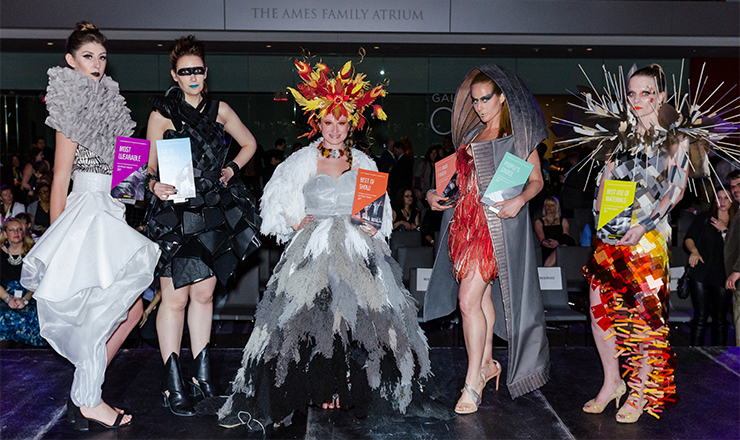 Check out all of the looks and photos from the red carpet here! 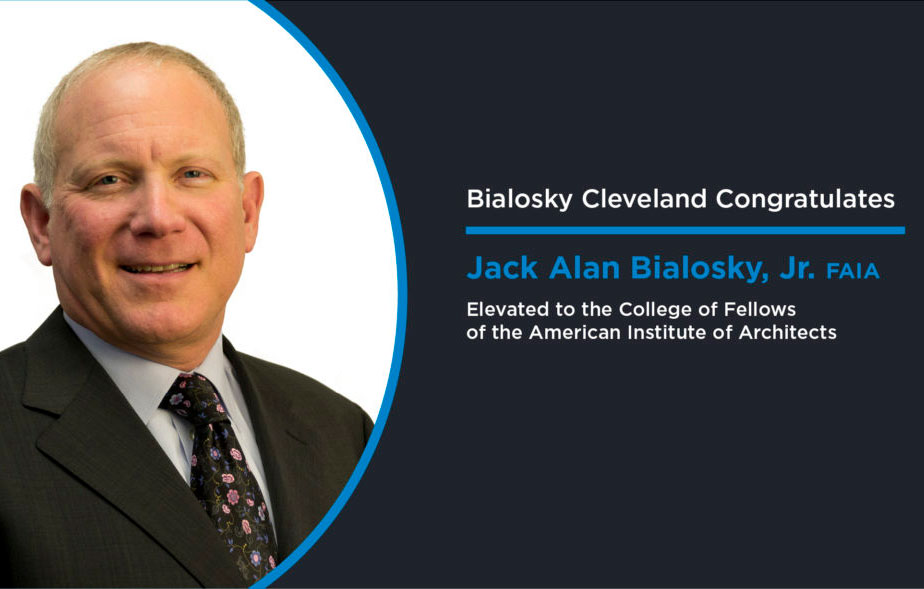 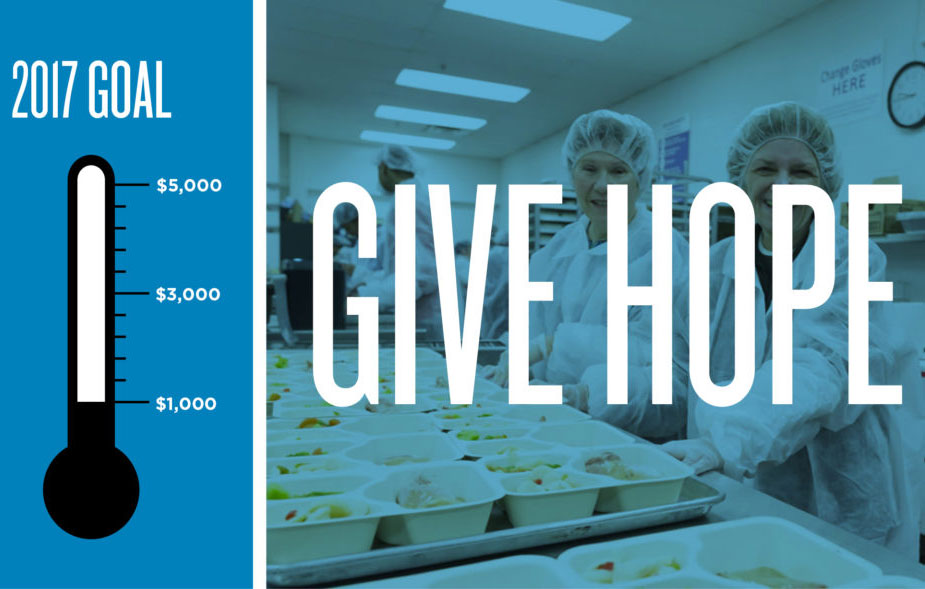 Bialosky Cleveland is excited to participate in the 12th Annual Canstruction event and we need your help!

Canstruction is a unique charity art exhibition and competition featuring structures made entirely out of full cans of food. At the end of the event, all of the food is donated to the Cleveland Foodbank during their Harvest for Hunger campaign.

How Can I Get Involved?

We respectfully request your support for this important Cleveland event with a donation of $250-500 as a company or $50.00 as an individual. However, your generosity at any amount will be greatly appreciated as every $1 can provide enough food for four nutritious meals that will benefit children and families in need in our community! 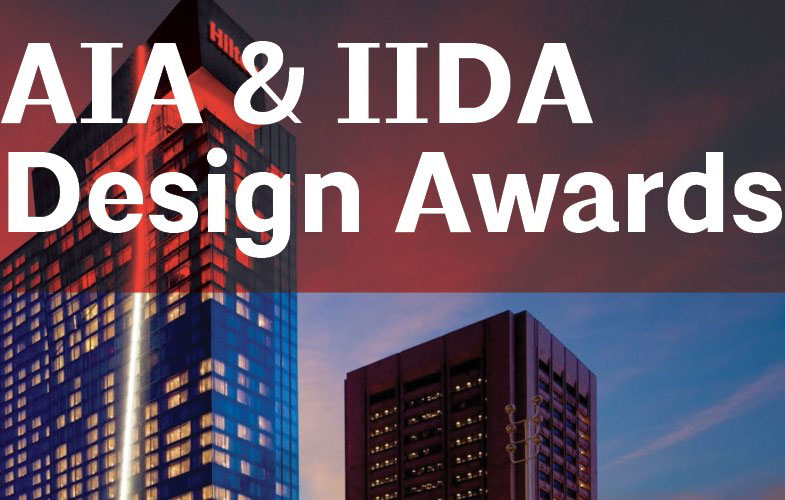 On Friday night, a record-breaking 500 people from the Cleveland architecture and design community gathered at the sparkling new Hilton Cleveland Downtown for the annual AIA/IIDA Cleveland Design Awards. An impressive, diverse pool of projects by local architects were showcased and honored, by juries led by Roberto de Leon, FAIA and Christopher Stulpin, IIDA. It was a magnificent affair, with an uplifting spirit of collegiality and unity from the design community.

Bialosky Cleveland earned three design awards for recent projects. Also, three of our employees were individually recognized. Congratulations to our teams behind The Schofield, Roberta A. Smith University Library, and our own offices.

Congratulations to Chris Persons and Kate Walker, two of our recent grads, who also took home honors for their grad work at Kent State University! Also, the President's Citation was awarded to our own Hallie DelVillan for her service and leadership in the chapter, and her commitment to advancing equity in the profession.

More posts to come, that will profile these award-winning projects.
Congrats to all our peers who were also recognized, and to every firm who submitted this year! 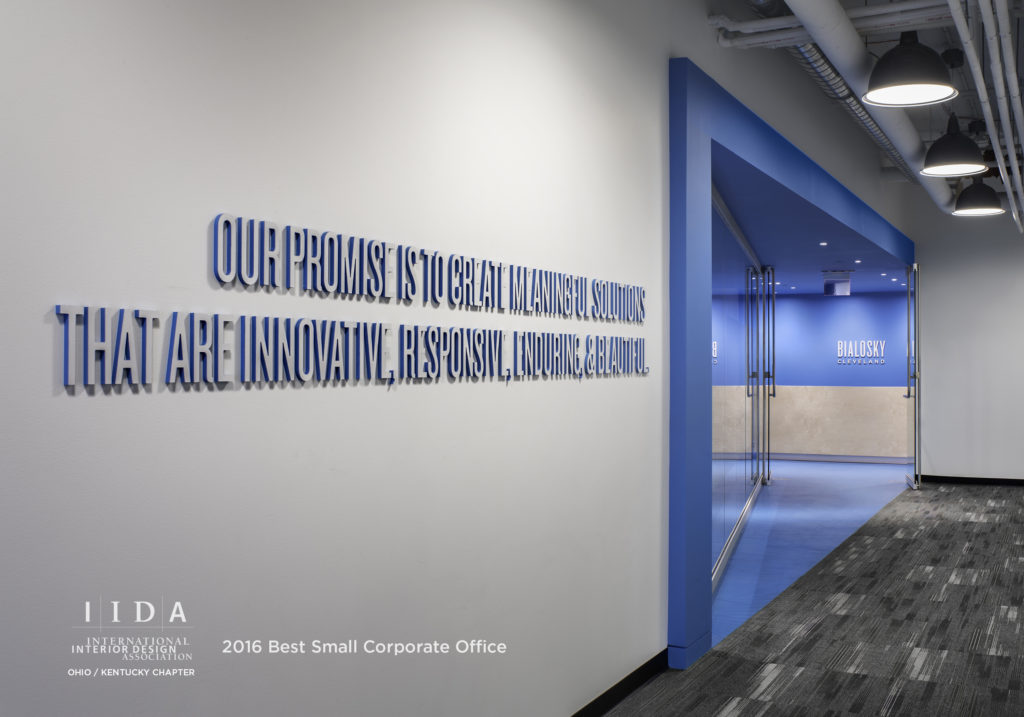 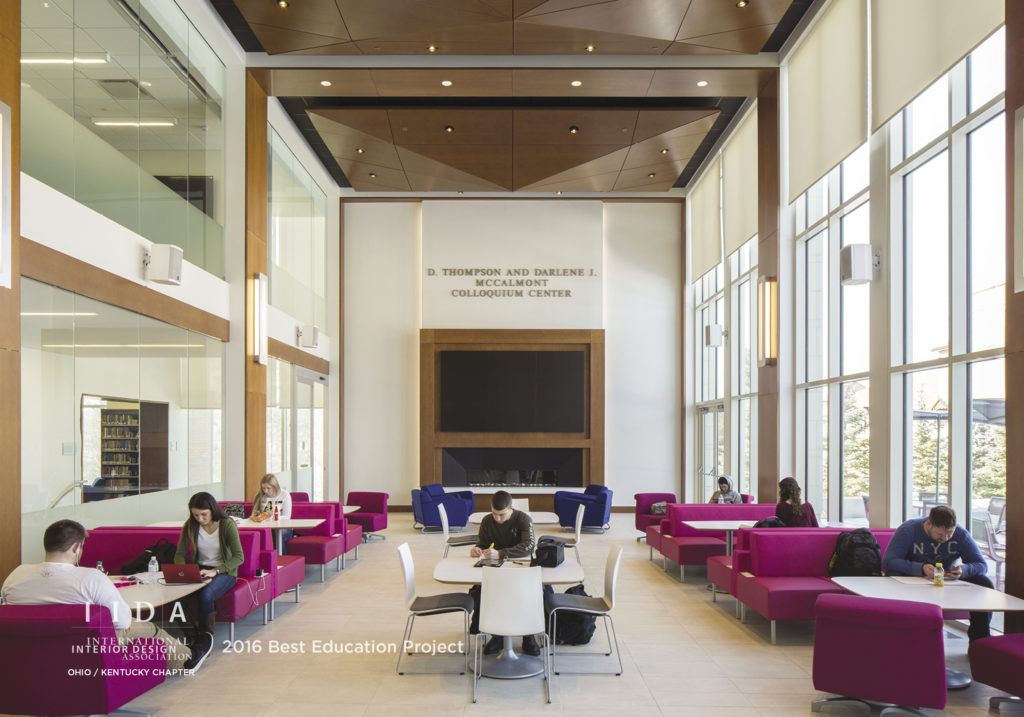 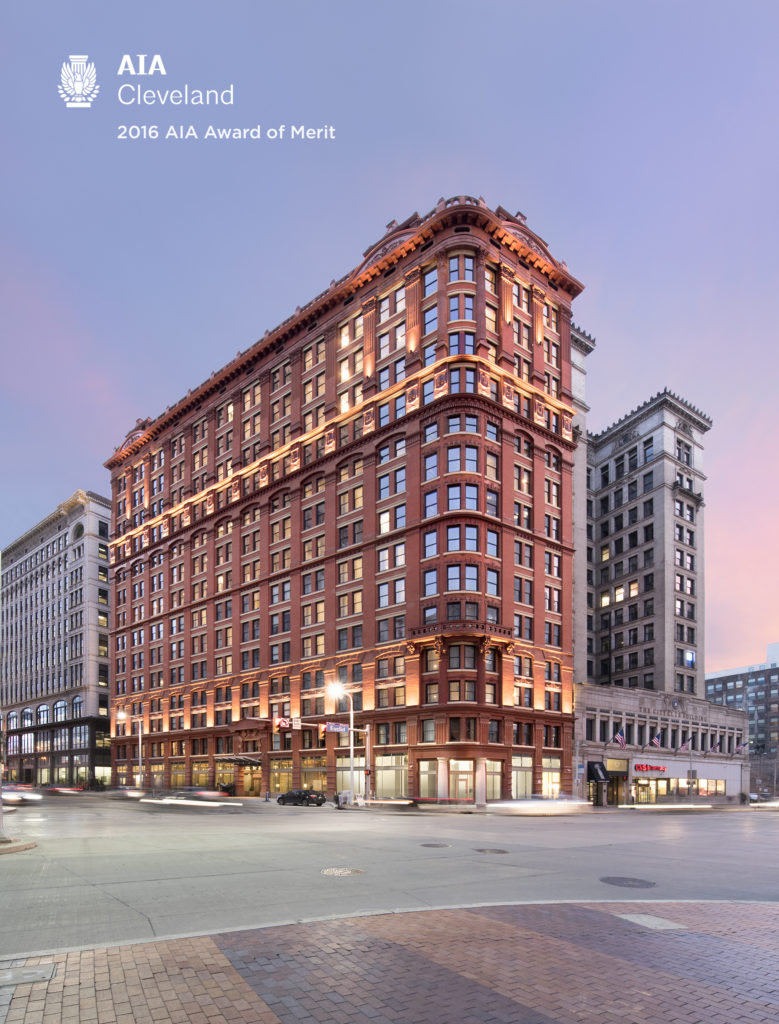 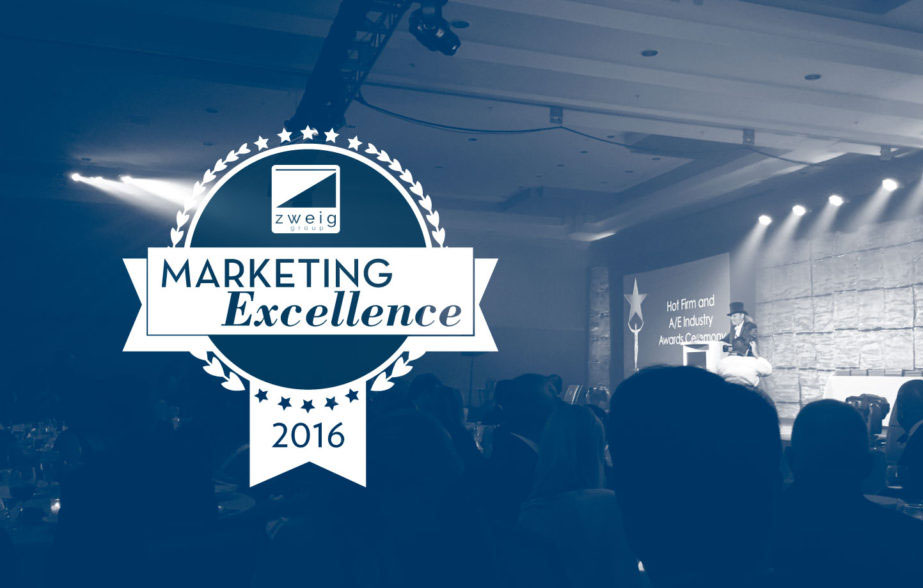 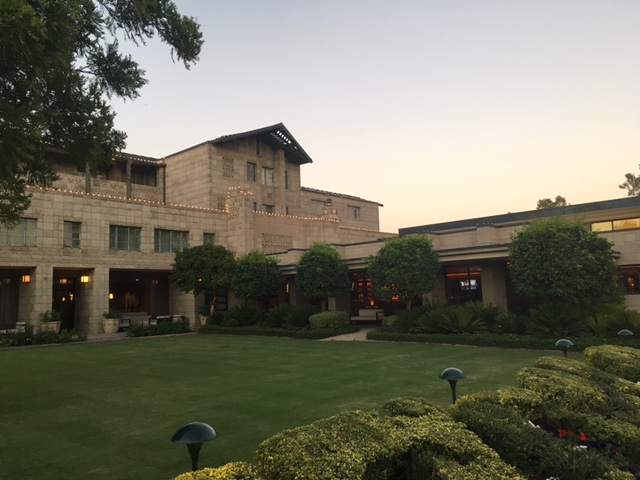 Industry leaders from all corners of America came to represent their firms at the Arizona Biltmore, designed by Frank Lloyd Wright.

Winners in our category include:

It is an honor to be recognized by our peers for the hard-work and dedication our people have put forth in creating an outward persona that truly reflects the values our firm was founded on.

What the judges had to say:

"We were impressed by the quality of the overall submittal package. The custom binding, high quality printing and paper, mirrored the high quality of their integrated marketing campaign. High marks were given due to the level of detail in the graphic standards, creativity of the environmental graphics, and achieved results."