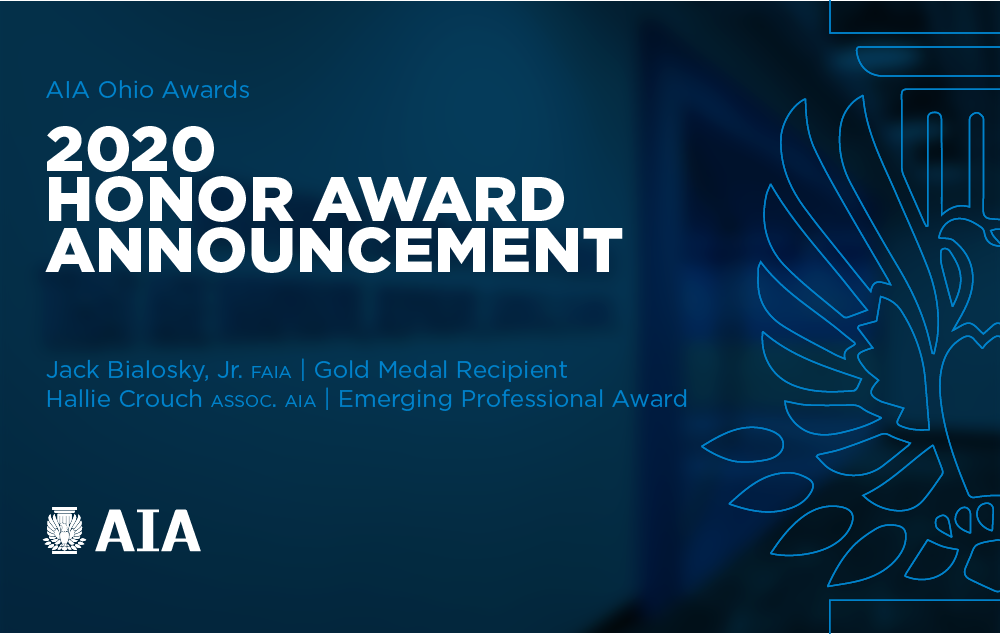 AIA Ohio has announced Jack Alan Bialosky, Jr., FAIA as the recipient of the AIA Ohio Gold Medal, the highest honor the organization can bestow on a member. The jury notes Bialosky’s career “has skillfully woven all three aspects of [the award criteria,] design, leadership and service throughout his firm’s work and personal contributions to the profession and beyond.”

AIA Ohio also honored Hallie Crouch, Assoc. AIA with an inaugural AIA Ohio Emerging Professional Award, citing her accomplishments in practice, marketing, and building diversity and inclusion in the profession. Jack, Hallie, and their fellow AIA Ohio Honor Award recipients will celebrate in a virtual ceremony in the fall.

View the August Issue of our newsletter here:
https://mailchi.mp/bialosky/2020-honor-award-announcement 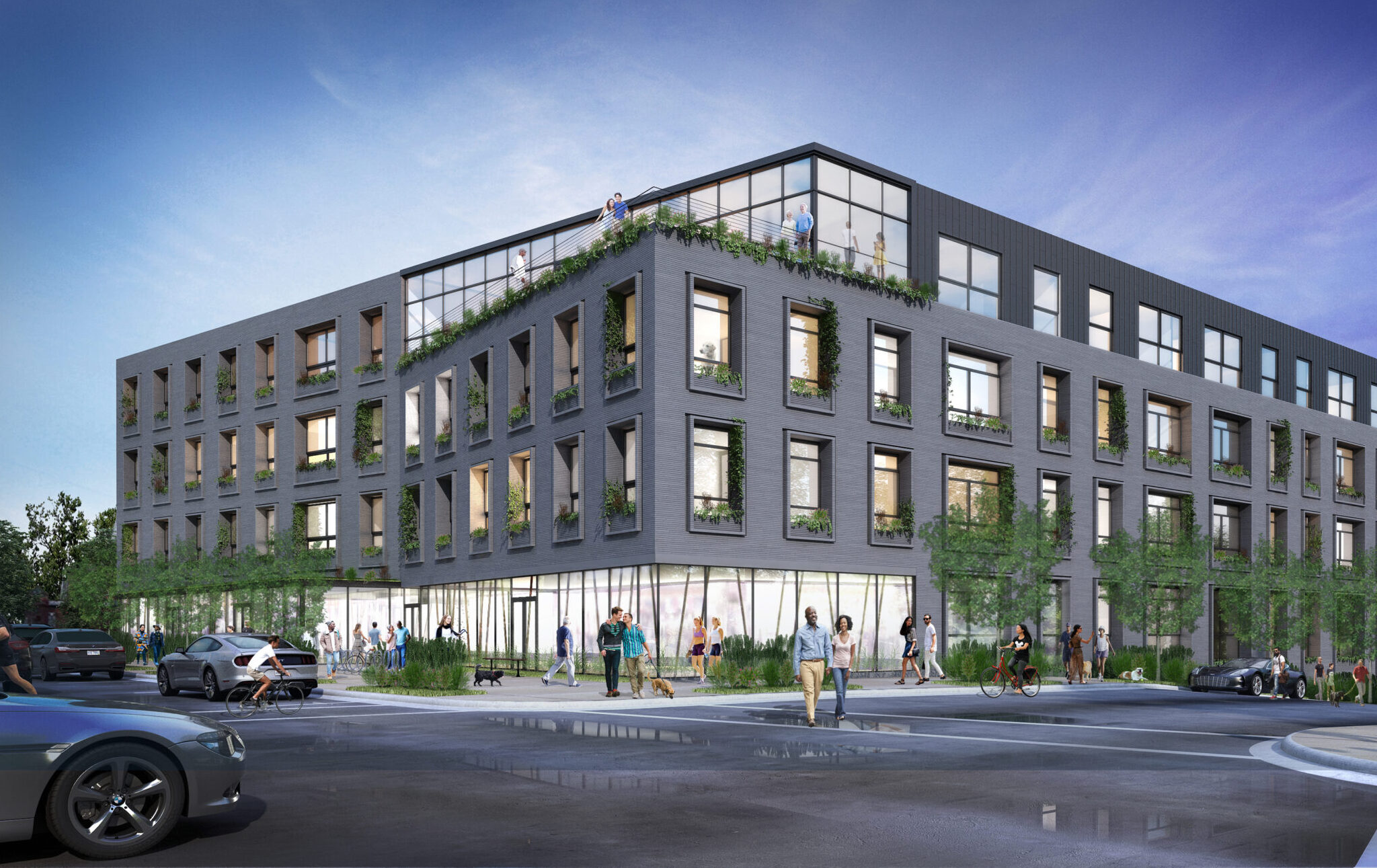 The Lincoln, set to open in 2021, bridges the residential park-scape of Tremont’s Lincoln Park with the industrial railways that flank the neighborhood’s borders. The mixed-use complex offers 83 apartments, a mix of studios, one-bedroom, and two-bedroom units atop commercial space along Scranton Road. Cool gray masonry reveals expansive window openings with lush integrated planter boxes. The architecture draws residents outside through private balconies and cozy outdoor lounges with direct views of Cleveland’s skyline.

We are thrilled to again be working with Sustainable Community Associates on another transformative community-driven project.

Read more about The Lincoln on Cleveland.com.

View the July Issue of our newsletter here:
https://mailchi.mp/bialosky/first-look-the-lincoln 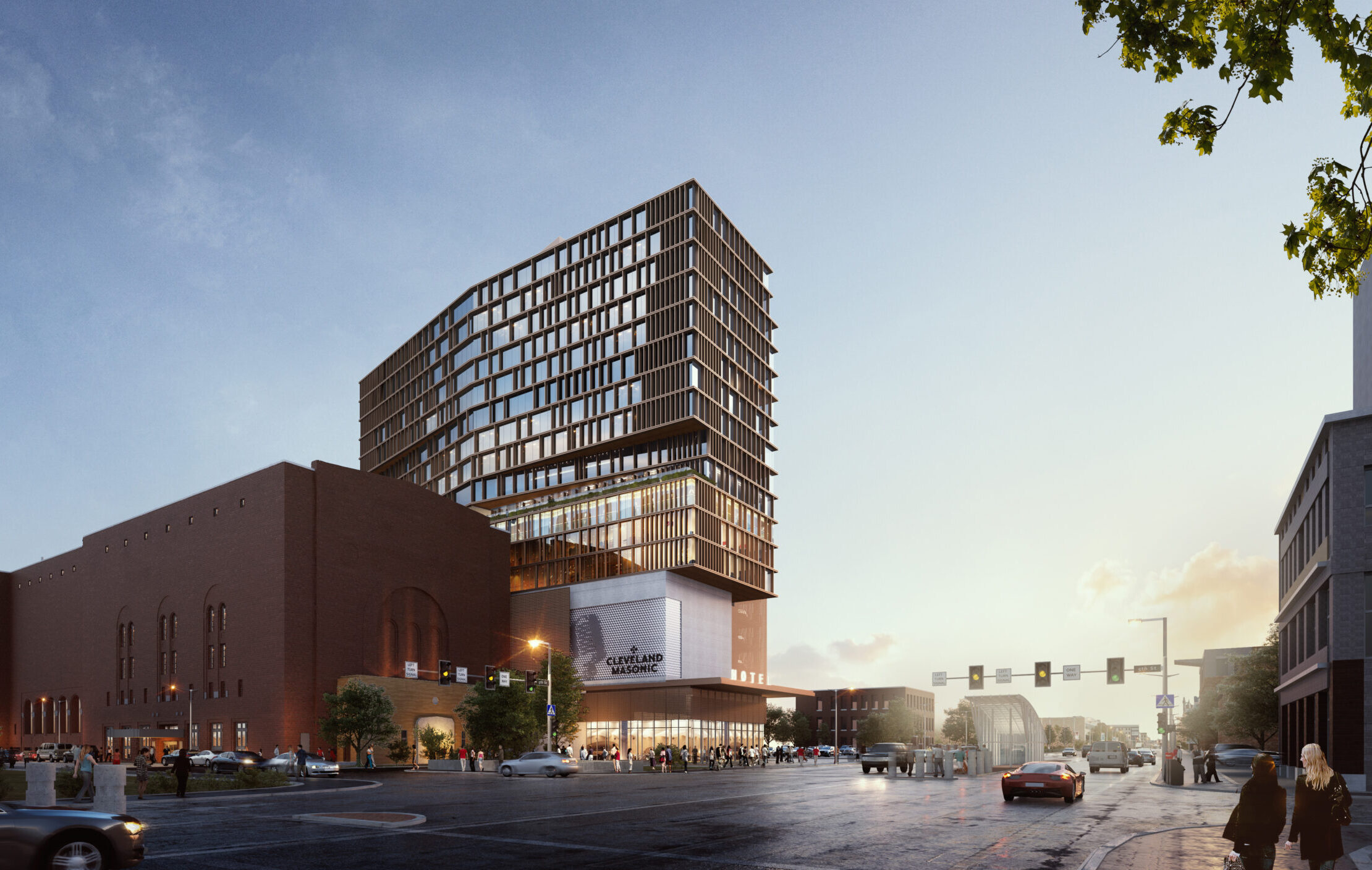 "Bialosky's striking design of the new hotel and parking lot structure adjacent to the existing Masonic Temple evolved from a simple hotel bar elevated above the adjacent historic structure, the design of the building draws inspiration from the collective energy of the crowds that will fuel performers at the Masonic Auditorium." —HospitalityNet

We are looking forward to working alongside our partners Dream Hotels, Beaty Capital Group, Arkinetics, and Cleveland Construction.

Read HospitalityNet's article for an in-depth introduction to the project.

View the June Issue of our newsletter here:
https://mailchi.mp/bialosky/the-modernist-houses-of-jack-bialosky-sr-3212062 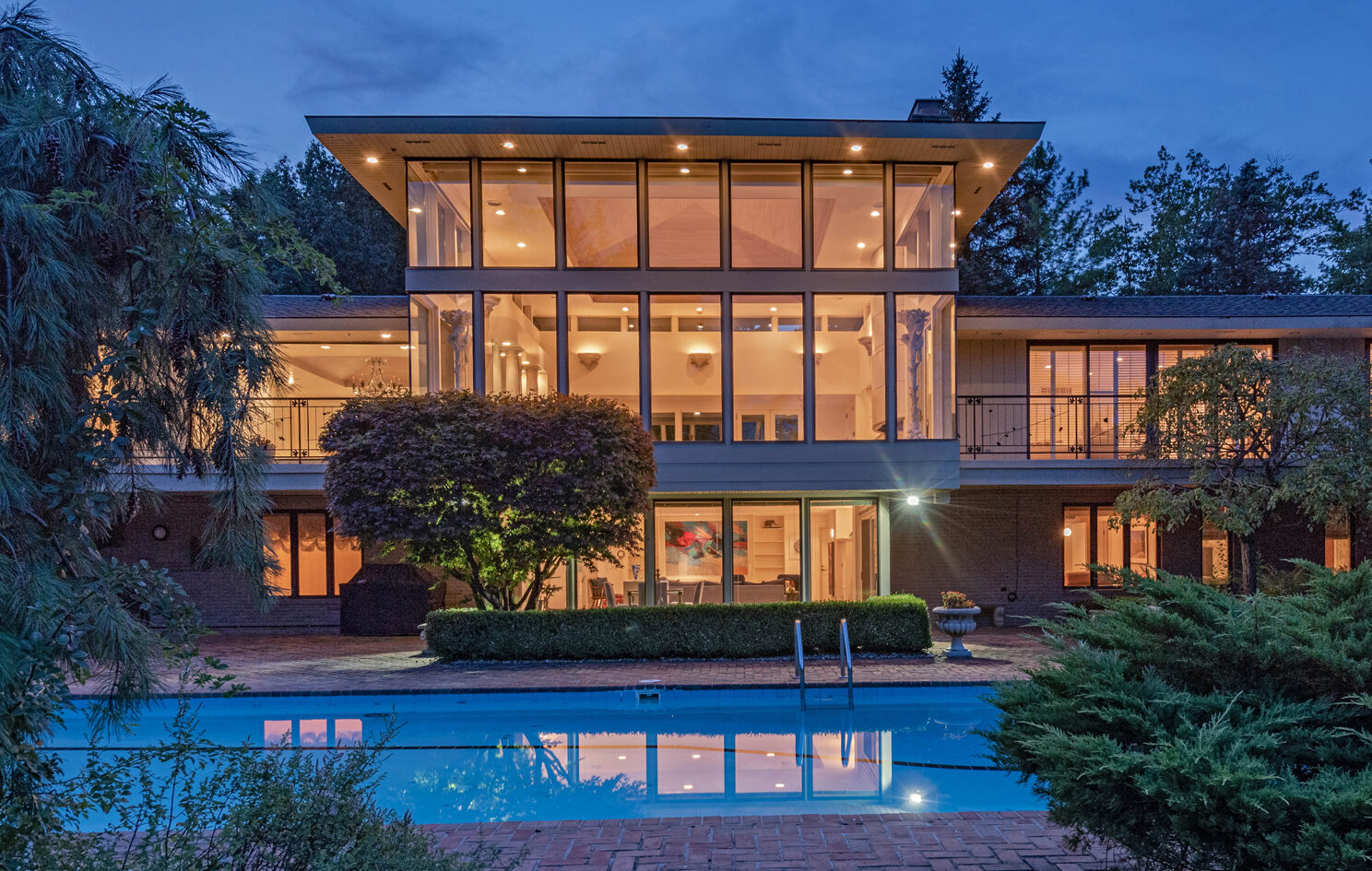 We are delighted to share an expanded, detailed article by Cleveland Plain Dealer’s Steve Litt on our late founder’s early midcentury residences. Jack Bialosky, Sr.’s residences stand with “an earth-hugging humility, a serene clarity and a sense of restrained, quiet confidence.” Many of these residences were subsequently renovated by the firm over the years, even in a change of homeowners, to preserve their architectural character. The article shares insights from diverse generations of homeowners and what Jack, Sr.’s homes meant to them.

In anticipation of the article, we created a simple map that curates his mid-century modern homes in Shaker Heights, OH. We are overjoyed to learn that since this map was published by cleveland.com, people have used it for walking tours and windshield tours. We share it again here for those looking for an uplifting outdoor architectural adventure. 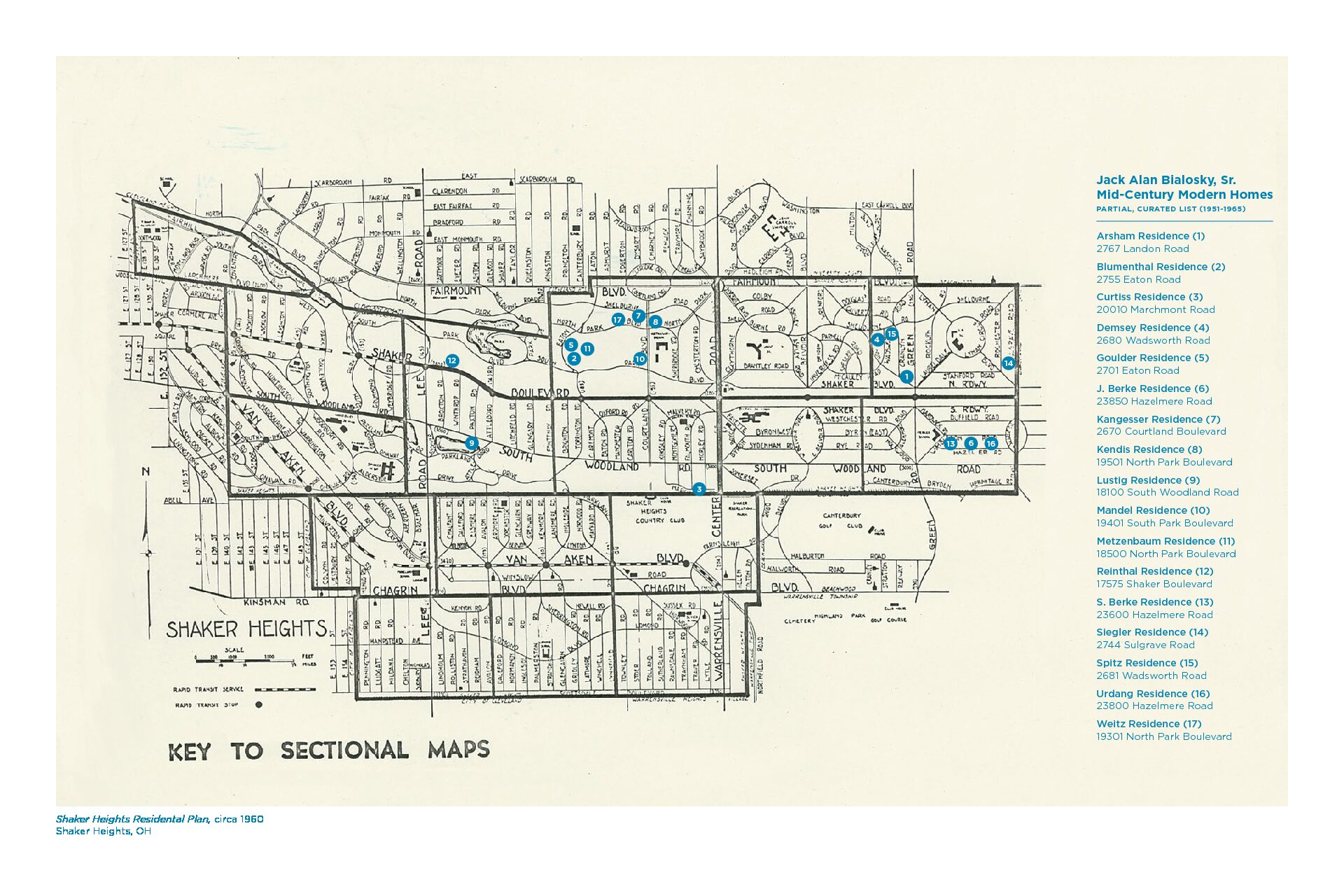 *Residential Image by The Young Team

View the May Issue of our newsletter here:
https://mailchi.mp/bialosky/the-modernist-houses-of-jack-bialosky-sr 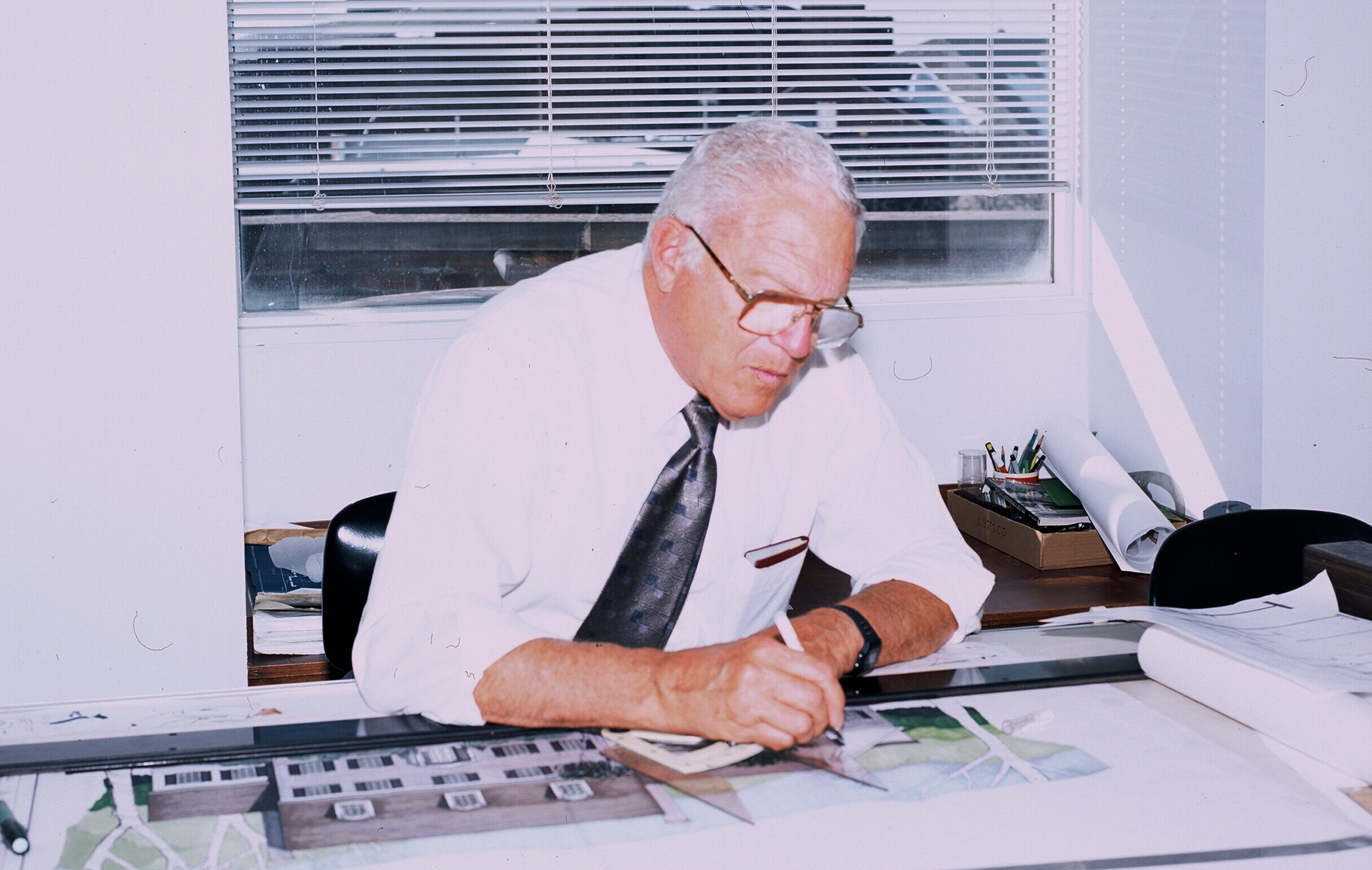 It’s with a heavy heart we share that Jack Alan Bialosky, Sr. passed away Tuesday evening at his home at Judson Manor. He was 94 years young. 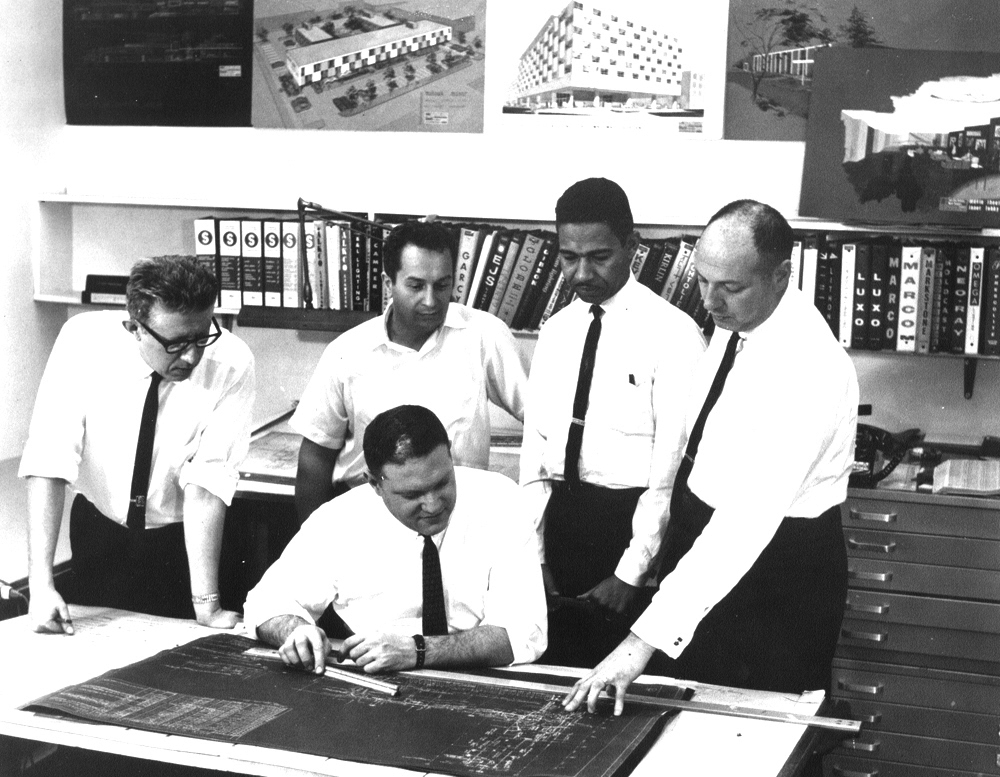 “Mr. B” founded this practice in 1951, then in his mid-twenties, in his small Shaker Square apartment. He was a daring architect, a brilliant painter, and a great storyteller. He prioritized family above all else, which continues to be a tenet of our firm today. We would not be together if not for him.

He would sometimes say “During the war I traveled the world, but no city is better than Cleveland”. He was right. Always keep home in your heart.

Mr. B’s story, in his own words, was recorded as part of the Cleveland Regional Oral History Collection. Whether you knew him well or did not have the chance to, this interview will give us all a reason to smile. 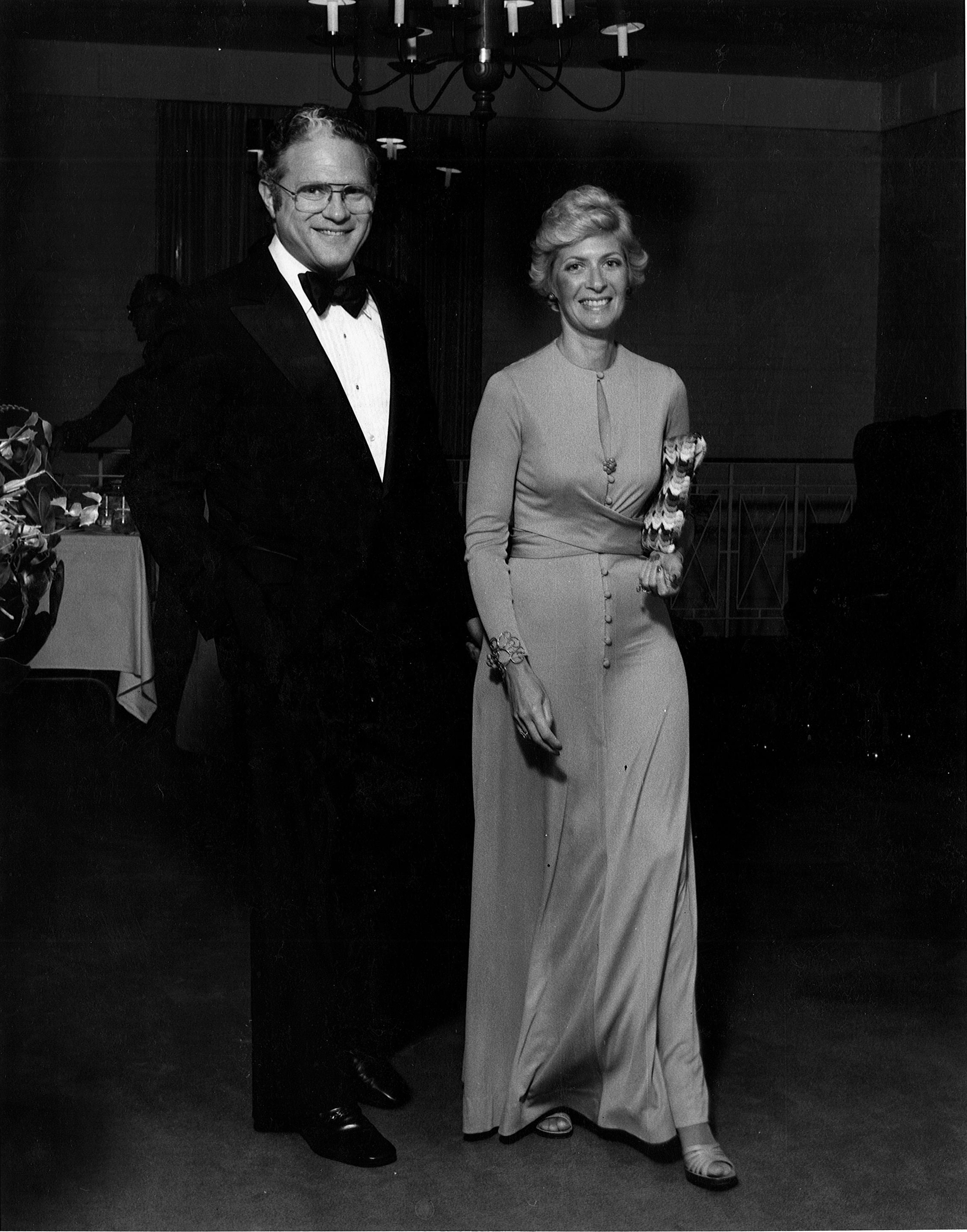 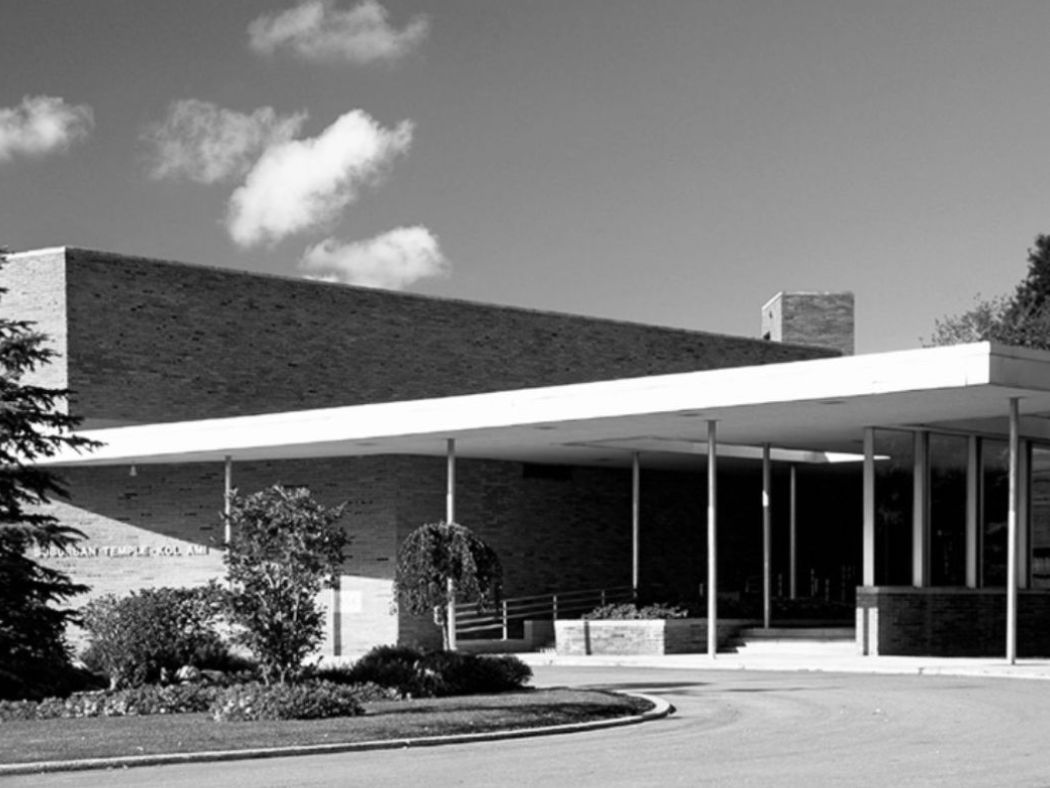 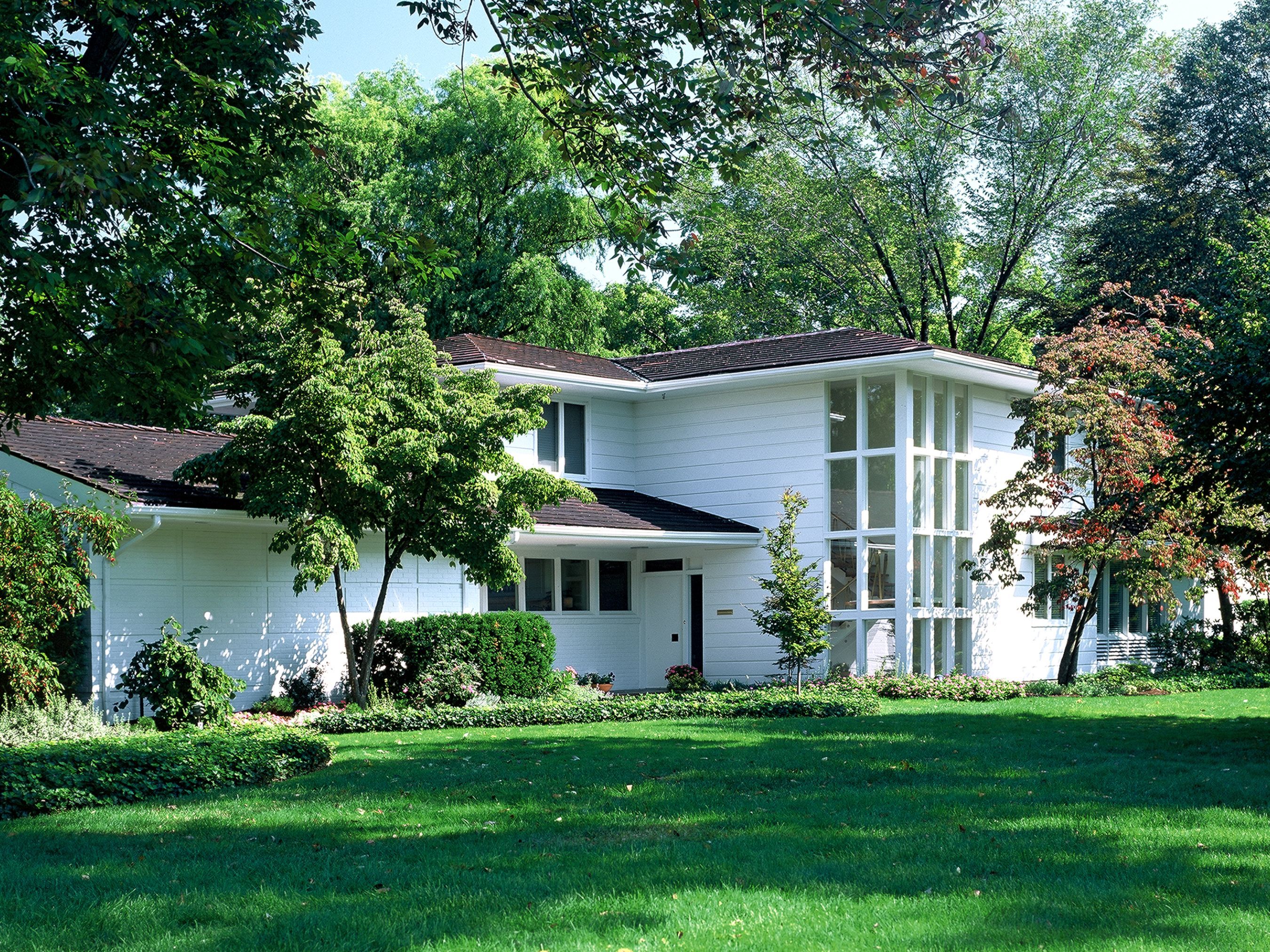 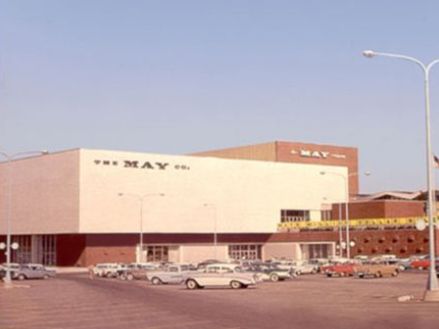 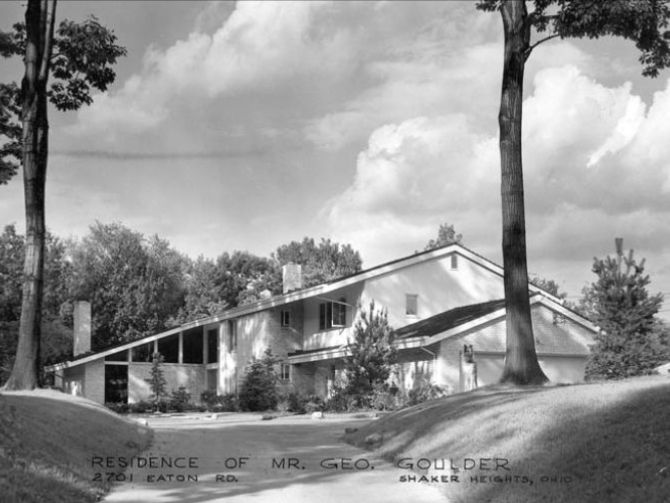 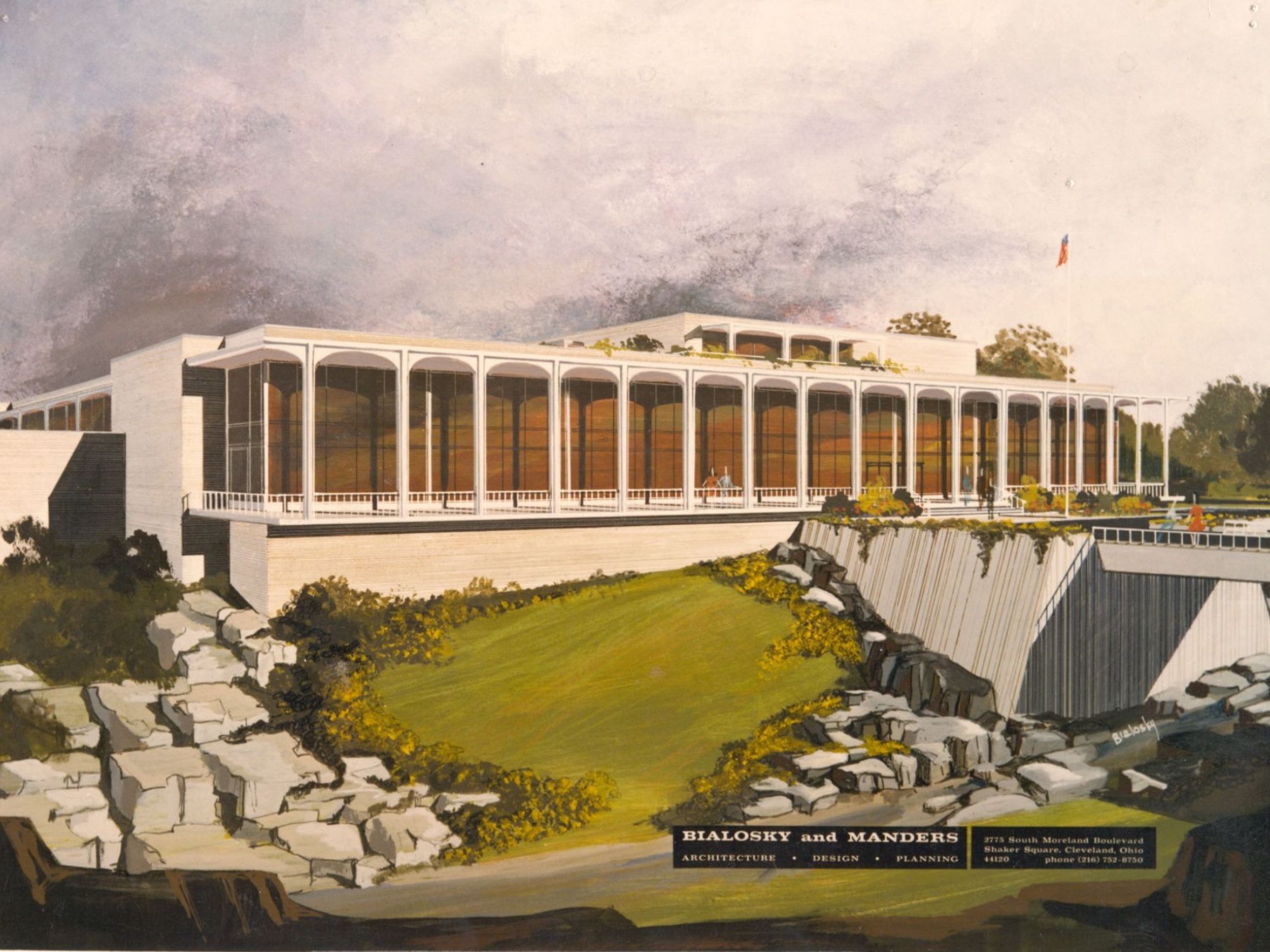 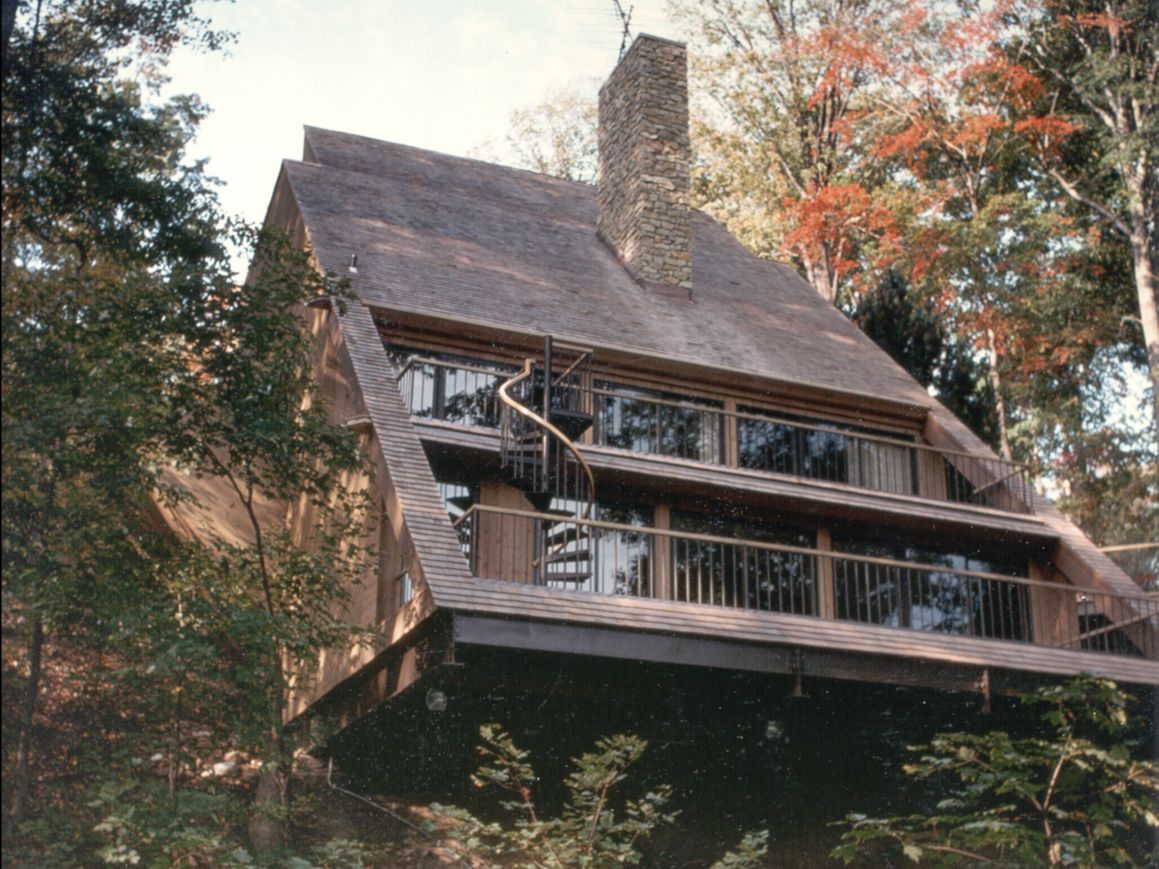 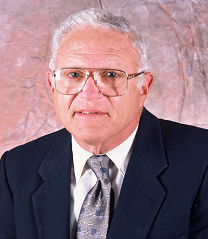 A memorial service will be announced at a later date.

Share your favorite stories, memories, and quotes from Jack, Sr.

Contributions in Jack’s memory may be made to
Suburban Temple-Kol Ami
22401 Chagrin Boulevard
Beachwood OH 44122
suburbantemple.org