In contrast to the historical library as a dense protector of books, the new MLK Library is envisioned as lightweight and delicate, lifting up to allow the space of the street plaza to slide into the library, effectively blurring the boundary between library and ‘city’ while also symbolically reflecting Cleveland Public Library’s commitment to the notion of connection to the community and truly spearheading the “People’s University."
Location Cleveland,OH 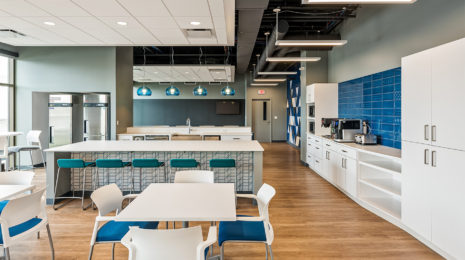 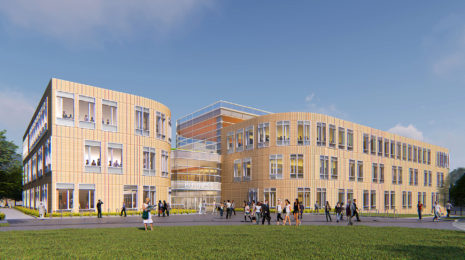 Planning its first new building in nearly a decade, the Cleveland Public Library sought designs for a 21st century library with evolving programmatic needs. Essential to the design is to embody the values of the branch’s namesake, Dr. Martin Luther King Jr., creating an iconic community anchor worthy of his legacy.

Located at the confluence of four distinct neighborhoods, the library looks to embrace and unify diverse populations.  As part of the plan for a large mixed-use project with residential towers to be built above it, the MLK Branch must preserve its singular identity and presence in the community while maintaining synergy with the surrounding development.

Vines Architecture, Bialosky Cleveland, WeShouldDoItAll, and Virginia Burt Designs, proposed a sophisticated architectural expression of the shared ideals of CPL and Dr. King. The solution not only addresses the pragmatic concerns of a contemporary library, but upholds CPL’s time-honored mission as the “People’s University”.

An emphasis on light, interconnectedness, and inclusivity permeated every decision on the project.  The design began with a lifting of the building masses from the ground plane to create a sense of lightness, remove barriers, and allow the city to flow in to the space below.  Large expanses of glass maximize transparency, creating a visually contiguous space at the street level that extends from the library into the plaza beyond.

The central forum serves as the primary organizing element, providing a community gathering place that blurs the line between building and landscape.  Radiating around the forum, the library program occupies a series of fluid adaptable zones rather than sharply defined rooms. This flexible space places people at the center of the library and allows for large-scale events to pour into the adjacent outdoors space bounded by gentle landscape berms.

A helical path carries patrons through the library, ascending towards the light of a clerestory and green roof terrace.  This interstitial space between the library and the tower serves as a mixing zone where the public program of the library can co-mingle with that of the residences above.  Along this path a narrative of Dr. King’s life and impact on Cleveland unfolds. Carefully deployed environmental graphics and interactive displays illustrate his story in a manner that is omnipresent, but not overpowering. Prominently located at the top of the helix is an area dedicated to the Anisfield-Wolf Award Collection, which celebrates books that contribute to the global discussion of racism and human rights.

A unifying skin wraps the building, offering protection while remaining permeable to the community.  The geometry of this ‘sheath’ is inspired by united hands and interlocking arms that were ubiquitous in images of the 1960’s civil rights protests. Today, these strong symbols still resonate and render the MLK Branch as a place of education, self-empowerment, and social justice.

Ultimately, the design proposes a building that invites people to gather, engage, and look to the light. A space that embraces and unifies communities, cultures, and races over time will become the heartbeat of Cleveland.