Farm fresh and urban cool: a space that transforms from breakfast business meetings, to fun lunches with friends, to sophisticated, sexy dinners and beyond.

“Bialosky + Partners has accomplished one step in Cleveland repairing Cleveland. While working in the historic May Company Building, they have captured the essence of the history while creating a modern environment that enhances Cleveland as a top notch city.”
-Chef Brandt Evans, CEO, Pura Vida.
Location Cleveland,OH 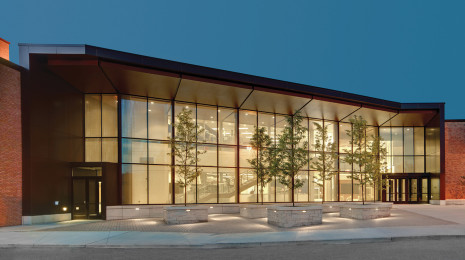 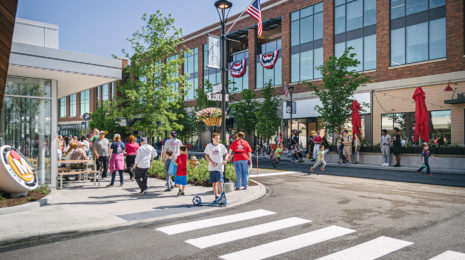 When Chef Brandt Evans first approached Bialosky Cleveland about designing his new restaurant in the historic May Company building, he stated that he wanted a space that was both farm fresh and urban cool: a space that would transform from breakfast business meetings, to a fun lunch with friends, to sophisticated, sexy dinners and beyond.  Equally important to the chef was the concept of culinary theater: the idea that the culinary creative process is as important as the end result.

Rising to the challenge, Bialosky integrated the bar area with the kitchen, as well as visually opened the kitchen to the adjacent culinary college so that both patrons and students are part of the creative process.  The idea of theatrics continues throughout the lounge and restaurant with the use of a customized color-changing fabric ceiling. The color of the fabric scrims can be manipulated to create different moods throughout the day and night, as well as changing through the seasons. Color changing LEDs allow for this nearly infinite flexibility in mood the chef was looking for.

The restaurant was also designed to be highly flexible and environmentally responsible.  With the use of innovative operable wall systems, the dining room seamlessly expands both to the exterior patio as well as the adjacent college’s lobby space, allowing for large gatherings and even performance events.  Equipment and materials were carefully chosen for their energy efficiency and durability.  All wood used for finishes was reclaimed from two houses recently torn down within the city’s limits.