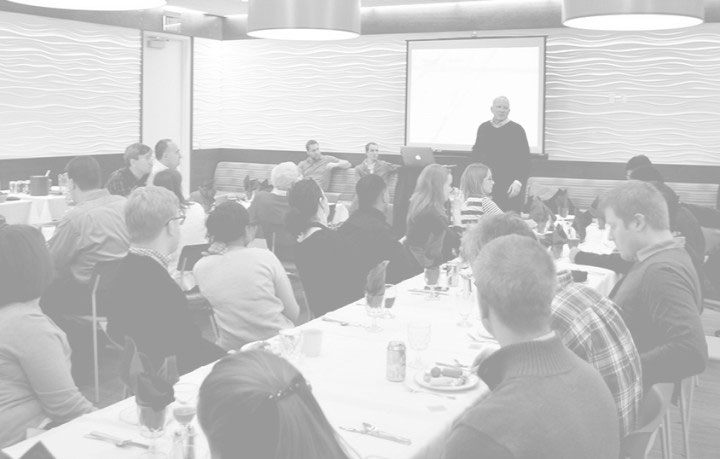 The Year of the Advocate: Pro Bono and the Genius Loci

Pro bono, civic, and community projects have always been deeply embedded in the culture of our firm. We wholeheartedly believe that as architects, we have a distinct responsibility to serve and strengthen our community. But the value of pro bono work runs deeper than the neighborhoods it touches, it has transformed and elevated our very profession. Pro bono projects are a powerful medium for architectural firms to grow and empower leadership and heighten awareness of local expertise that can often be overshadowed. Too often we hear bemoaning around awarding projects to outside architects.

LeBron said it best, “In Northeast Ohio, nothing is given. Everything is earned. You work for what you have.” In Cleveland, “being of this place” means rolling up your sleeves, and chasing what you want. For Cleveland architects specifically, it means fueling ourselves (and each other) to rise up, advocate for architecture, and serve our city.

Consider the following article I wrote for AIA Cleveland as a call to our local design community - to challenge the notion of pro bono work being categorized as simply “other”, “charity” or “unpaid” projects, but rather as an ingrained part of architectural practice.

Pro Bono and the Genius Loci

For AIA, this year is intended to be "the year of the advocate". The recent national "I Look Up" ad campaign has engendered comments, both positive and negative, about architecture and advocacy (for more information on the campaign, read AIA Cleveland President Aaron Hill's recent article Why "Looking Up" Is Important). It is good that there are strong feelings about this, especially if you ascribe to the theory that any press is good press. But more importantly, the campaign has empowered dispersed dialogues to surface as one national conversation.

Personally, I believe that every year should be the year of the advocate for architects and architecture. As President-Elect, and a fairly new comer (or late returner) to active duty in AIA Cleveland, I have been educating myself on the issues that our local members prioritize as the most relevant and important to our community. In response to our recent member survey, most of the respondents felt that one of AIA Cleveland's most important roles was to advocate for local architects. Many architects feel they have lost power, voice and position as leaders of the built environment. Furthermore, Cleveland and Northeast Ohio have suffered for years from a low self-image which has fueled a desire for outside experts. Compounded by an economic downturn spanning half a decade, this triple-whammy has left some architects in our community feeling under-appreciated and unable to compete for important commissions in their own market.

There have been past efforts at advocacy for local architects. The Design Forum of Cleveland was founded in 2006 as a multi-disciplinary organization with the goals of improving awareness of area design professional services, increasing the consumption of area design professional services, and enhancing and sustaining the professional careers within the local design community. The forum sought to educate area leaders on the quality of available services and the economic impact of the commissions going out of town. Unfortunately, the efforts foundered when confronted by the Cleveland malaise described above; Corporate cultures that inherently value the corporation over the community at large have failed to see the connection and synergy that strengthens them both, while political authorities focused on feathering their own nests or occupied with surviving the times.

Fast forward to 2015, Cleveland has been rightfully labeled as a "Comeback City", as a new sense of optimism pervades our town. The City of Cleveland has new momentum and the economic cycle appears to be stable and in our favor. Downtown Cleveland, no longer a ghost town at night, is experiencing a resurgence of pride from its residents. Clevelanders are feeling better about the future of their city and architects in Northeast Ohio similarly seem to be doing a bit better than years past. AIA Cleveland has new energy and engaged members in all stages of their careers. We have schools of architecture nearby who are engaged in the community and turning out great students, many of whom are choosing to stay in Northeast Ohio. Now seems like a good time to start the conversation again about local advocacy, and to develop our own virtuous cycle.

To propel the local architectural and design community to the  position of leadership and respect to which it aspires requires a concerted effort by the whole A&D community to work together in a collegial and non-self-serving manner; to strengthen and elevate the design culture of our internal community. If you want to be the best, play with the best; taking pride and ownership in our place calls for addressing challenges facing our community as thought-leaders of the issues we feel passionately about.

We become thought leaders by educating and pushing ourselves, by looking outside our own immediate surroundings, by learning from each other, and reaching out to the community at-large. I believe that local advocacy should not be the focus of our efforts, but rather the byproduct of how we lead our lives, demonstrate our creativity, navigate complex systems, solve problems, give back to and strengthen our own community.

If I look around, I see that this is happening even now in many encouraging ways, although we have never been good at bringing attention to ourselves. Just as it has taken many years for Cleveland to begin to understand its place as a world-class, second tier city, it may take a long time to establish Cleveland architects in the appropriate place in the hearts and minds of our fellow Clevelanders. That's no reason to stop trying.

I recently learned about a Not For Profit group in San Francisco called Public Architecture http://www.publicarchitecture.org/, who propose that firms donate 1% of their firm hours towards pro bono work and track these efforts* . I started thinking about this and wondered what percent of effort Northeast Ohio architectural firms are already donating pro bono to charity, faith-based, community development, or public policy agencies. My guess is it exceeds 1% of firm hours- Let's find out and demonstrate that we are the geniuses loci.

* Bialosky + Partners Architects exceeds this benchmark set by "The 1% Project", donating 2% of their firm hours annually towards pro bono work.