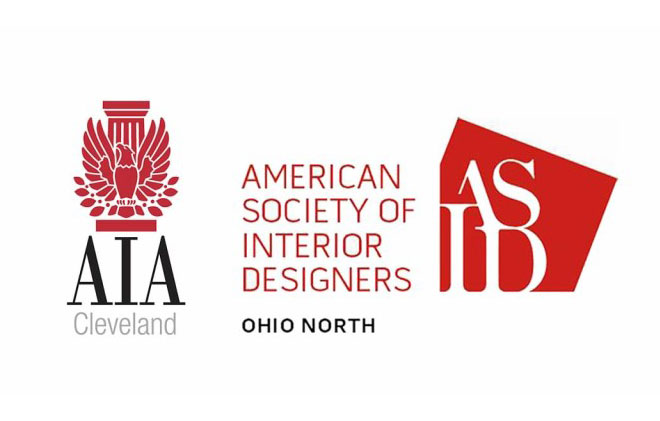 Our firm congratulates two of our youngest designers, Jill Christoff and Theodore Ferringer, for taking home AIA Associate Awards at the 2013 Cleveland Design Awards last week. The annual awards honor the next generation of designers and professional leaders in both practice and in the community. Jill Christoff received the 2013 Emerging Practitioner Award, for shattering the myth of a single specialty. Jill is the rare story of successfully melding interior design (B.A. Interior Design Kent State University, c/o 2004) and architecture (Master of Architecture, University of Notre Dame, c/o 2009) into her professional identity. She has been recognized in both fields, earning the title of AIA Associate, and being NCIDQ Certified. As an enthusiastic Adjunct Professor, and an engaging Practitioner, Jill successfully devotes considerate time to both her students at KSU and the firm’s interns. In fact, Jill has always been a leader of the firm’s internal mentorship program, and has recently pioneered changes to improve the program’s impact and longevity. Additionally, Jill’s exceptional hand-drawing (often thought to be a skill lost in her generation) was on display at the AIA “Art of Architects” exhibit at the at Intown Club (October – November 2013) alongside the work of Richard Fleischman. Theodore Ferringer was awarded the Activism Award for exciting Clevelanders about their city.
Photo by Ally McCarley Photography

Theodore Ferringer (Master of Architecture, Master of Urban Design CUDC c/o 2008) has received the 2013 Activism Award for his pledge to enrich Cleveland which has empowered the young designer to advocate, educate and excite its residents, architects and stakeholders about their city. His enthusiastic activism, creativity in the industry and continuous volunteerism/involvement in the region has earned Theodore several prestigious leadership positions. Theodore, having served on the AIA Cleveland board since 2011, is currently shadowing as the Associate Director Elect for 2013 for the AIA Ohio Valley Region (OVR), to serve a term in 2014-15 as Regional Associate Director to represent all AIA Associate (unlicensed) members in the region on the AIA National Associates Committee (NAC). Theodore is a champion at Bialosky + Partners in their regional pro bono work, including collaboration with Bike Cleveland for a safe and vibrant cycling culture in a rigorous planning proposal calling for a separated cycletrack network, The Midway, that re-uses right of ways of former street car lines to be installed throughout Cleveland.