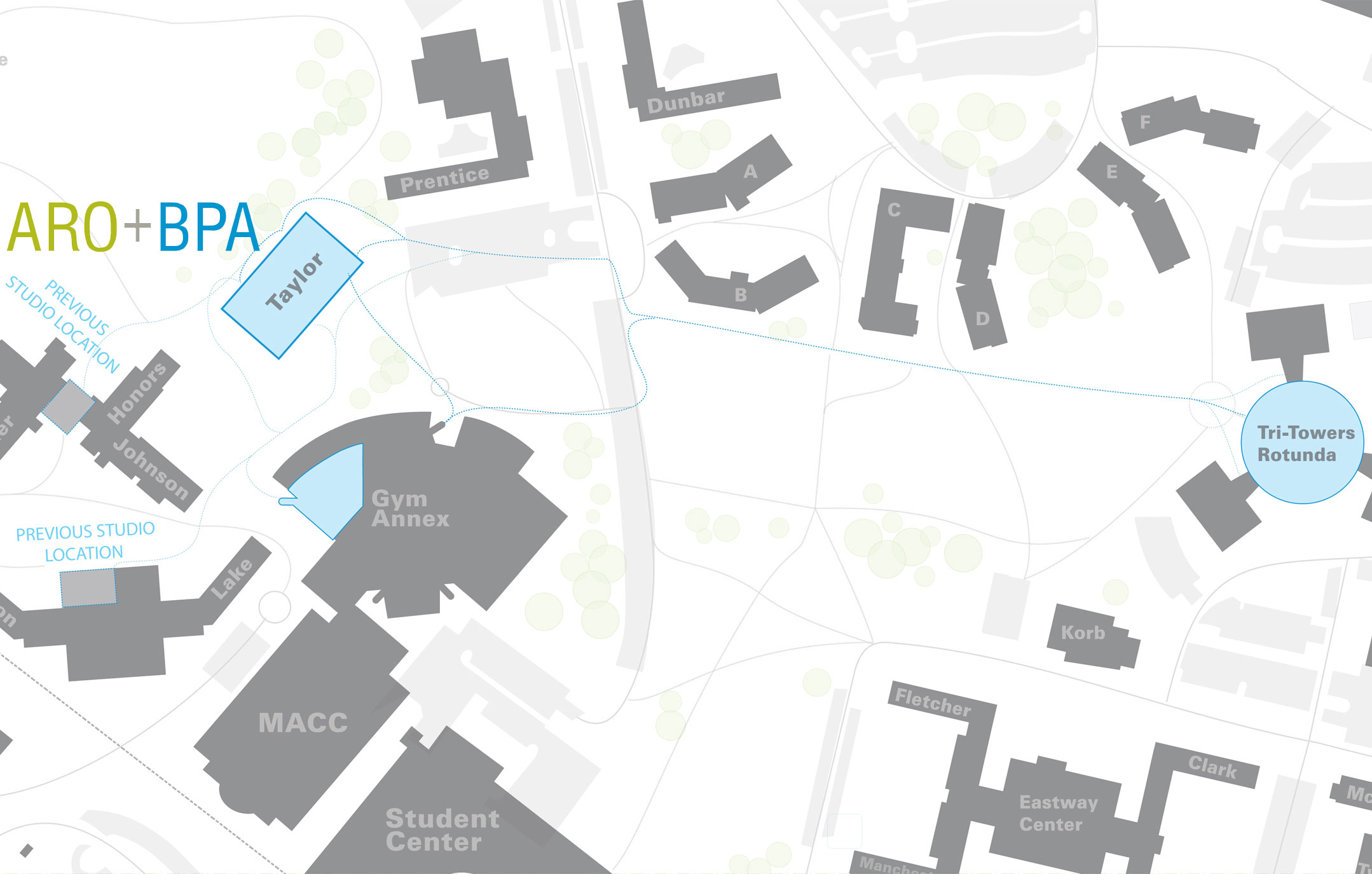 BPA is proud to announce that our team is one of the four finalists to take part in the design competition for Kent State University’s new College of Architecture and Environmental Design building!  Kent State University’s CAED is currently housed in three separate structures around campus. A new facility is to unite the college under one roof.  Kent State is in the process of hosting a design competition for the new architecture building to be constructed along the Kent State University Esplanade extension near downtown Kent. The selection process for an architect for the new CAED building is now on the road to one from the final four.  From the original list of 37 competing teams, (including tops firms such as Zaha Hadid Architects and Bohlin Cywinski Jackson) the process has been thorough with over 7400 pages of material reviewed to move to eight semi-finalist interviewees.  Of these eight, the four teams chosen to move ahead to the competition phase of the process are: Bialosky + Partners Architects, LLC with Architecture Research Office Richard L. Bowen + Associates, Inc. with Weiss/Manfredi The Collaborative, Inc in association with Miller Hull Partnership, LLC Westlake Reed Leskosky, Ltd Each of the teams is in the process of preparing a concept that incorporates function/image, sustainable synthesis, and detailed cost data.  All four Teams will present their ideas to the selection committee Thursday, January 17, 2013.  That same evening Bialosky + Partners Architects with Architecture Research Office, as well as the other three teams, will introduce schemes to the Kent State Community in Cartwright Hall between 7:00 and 9:00 PM.  Mark your calendars as this will be open to the public. Materials will then be displayed in the campus library for a period of time with public feedback opportunities. If you can't make it in person, you can watch a live stream of the presentations online here: https://ksutube.kent.edu/watchlive.php?playthis=5049 The winner of the competition is expected to be announced in February 2013. For more information and a full list of competing firms please visit: http://www.kent.edu/universityarchitect/foundationsofexcellence/design_competition.cfm