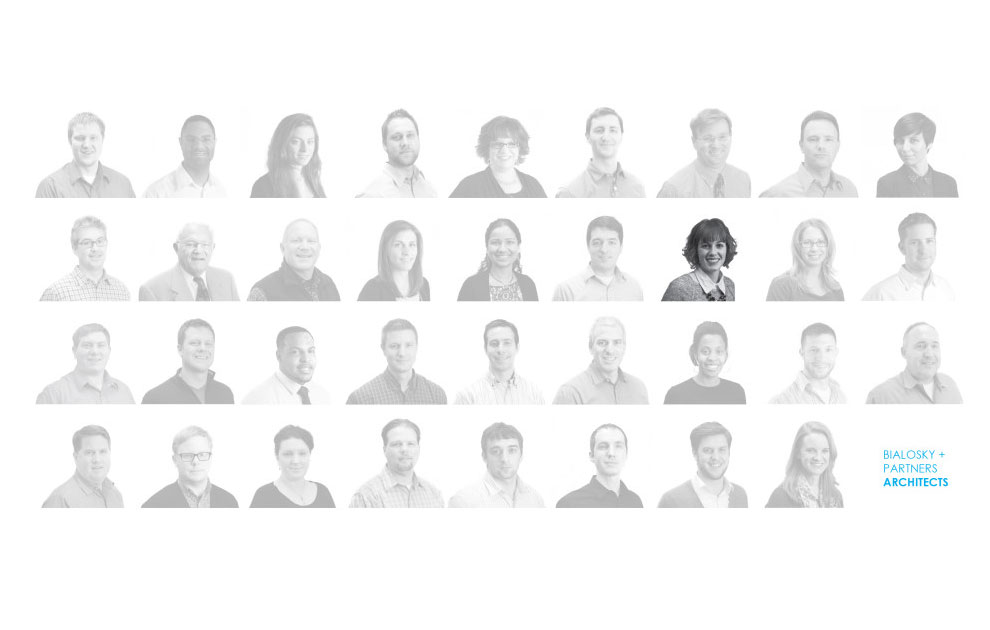 Heather Ruwe has worked in New York, San Francisco and Chicago – and can now add Cleveland to the list! As our newest interior designer, Heather brings a background to the office covering the whole spectrum of interior design, including brand development and on-going client relationships. Already Heather has an incredibly versatile background in interior design: She’s done financial corporations. She’s done high end restaurants. She’s done underwear boutiques. But she speaks most fondly of the client Brown Forman, one of the kings in the wine and spirits business. In its fifth generation, the client worked with Heather when she worked at BHDP to sharpen and envision interiors/branding. All over the occasional lunchtime cocktail, of course! Her breadth of experience began with the University of Cincinnati College of Architecture, Art, and Planning’s  (DAAP) Co-Op program . For those unfamiliar with the DAAP’s School of Architecture and Interior Design, co-ops (aka internships) are built into the program. Coursework and real on-the-job experience alternates on a quarterly basis, which Heather found invaluable. She graduated in 2010 with a BS in Interior Design. While it is a rigorous program (DAAP's ID program recently ranked #1 in the country by DesignIntelligence), she had managed to squeeze in some unique elective courses. Namely, a course centered on tea and its origins and place in culture – taught by just the sort of instructor you would expect by a small, petite women who loved floral prints and all things British culture - basically the whole nine yards! A Stow native, Heather now lives in Lakewood with her husband, who is in the medical field. We asked her a few extra questions that we think you’ll enjoy. She’s given them quite some thought. Favorite Designed Object of 2013: Kinematics, Nervous System’s 4D Printed Jewelry. Nervous System's Kinematics project is an example of luxurious 4D printing- and Heather's favorite designed object to come out of 2013. I think the progress that has been made over the past few years with 3D printing is incredible and to see that they have come up with a way to 3D print flexible structures is amazing. The forms that Nervous System has created are really unique and actually pretty wearable.  Hidden Talent: I’m an Organizational Mastermind. I am way too organized for my own good. I have a place for everything and can fit more items into a closet or a suitcase than you probably should. Because of this, I tend to be a little over prepared for any situation, hence earning me the nickname Studio Mom in design school.  Your Alternate Reality Career: Jimmy Fallon’s Puppy Keeper. "Late Night" host Jimmy Fallon interviews the winning New England Patriots puppy - in a parallel universe, Heather would care for the other 31 pups backstage. (from TODAY.com)

If you have never watched Late Night with Jimmy Fallon before, you probably don’t know that he has a segment on his show called Puppies Predict where he puts out multiple bowls of dog food with Oscar nominees, sports teams, presidential candidates, etc. names on the bowls and then sends out multiple golden retriever puppies to see which bowl of dog food they will choose, therefore predicting who will win the game, race, etc. I think Jimmy Fallon is hilarious and I have a soft spot for golden retriever puppies so I love this segment and have decided that if I could, I would be the keeper of the puppies. Someone has to take care of them when they are on the set, right?!  Your Ideal Dinner With One Architect or Designer: Kristina O’Neal from AvroKO. W Bangkok – the Kitchen Table by AvroKO and SODA. Ideally, Heather would meet Kristina O'Neal here for a dinner with some razzle-dazzle. (www.indesignlive.sg)

They focus mainly on restaurant and hospitality work but the way they are able to take a concept and fully integrate it into a restaurant design down to the glassware and packaging is spectacular. You can walk into any of their spaces and easily understand the vision behind it. They have an office in Bangkok so we would go to one of the restaurants they designed there. I would want to ask her about where they pull inspiration from for their projects and their design process. I would also love to know more about the evolution of their company and how it has gone from an architecture and interiors firm to developing furniture lines and owning their own restaurants.  Bonus: Non-Architect/Designer: Hmmm…this one is tough. Probably Regina Spektor. I love her music and her songs are so bubbly and sometimes comical that I think we would have a pretty entertaining conversation.