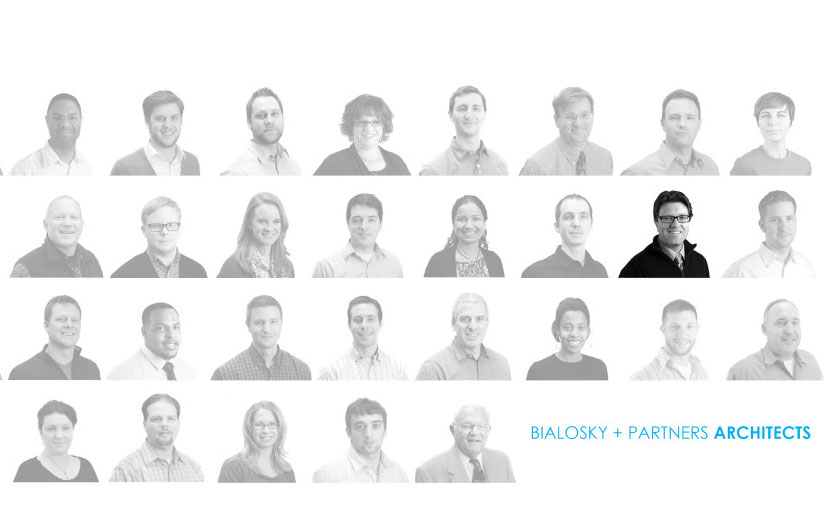 Jacob Stollfuss, a native of the sunswept Montana landscapes, grew up surrounded by a family who had a deep love for collecting and restoring classic automobiles. He fondly remembers his Montana home, which tallied more square footage in garage space than living space. With his father, who moonlighted as a drag-strip announcer, Jacob led an adventurous childhood at the races, witnessing and learning the trade of mechanics of the cars that surrounded him. Through cars, and discovering the fine sciences behind them, Jacob’s interest in understanding how things work blossomed. A career in architecture naturally followed.

Jacob also has this white 1960 Triumph, seen here on a perfect summer day.

He studied at Tulane University (MArch ‘99) in New Orleans, where both the college and city itself prioritize preservation and understanding the history of place. This resonated with Jacob, and has carried through his practice. And we should mention that in his young career, he is the unsung hero (at least we think so) behind the new Cleveland Museum of Art (CMA). Recruited by Rafael Vinoly Architects in 2003, Jacob packed his bags for New York to begin work on CMA as a Project Architect. For Jacob, the project became an encyclopedia of building systems and details. Having worked on a range of unique and challenging systems- from innovative high-performance gutters to delicate beams of glass, Jacob learned the value of studying and revising a detail until perfection. After two years in New York, Jacob continued his work on CMA at Vinoly’s long-awaited Cleveland office to see the project to realization in 2009.

The atrium expansion at the Cleveland Museum of Art, which Jacob worked on from 2003-2009. Source: Wikipedia. Creative Commons Attribution-ShareAlike 3.0 License

It is not surprising that Jacob counts woodworking as one of his passions. His Shaker Heights home is filled with furniture he has built himself- tv stands, bookshelves, end tables, you name it. His current project is designing  and building 6 walnut dining chairs, in what he calls a modern take on the historic Chippendale style (six, allowing him, his wife, and his two boys to have a pair of guests). Jacob is working with the Thinkbox at CWRU to fabricate elegant double arched back rails for the chairs. As his favorite saying goes, “The devil is in the details”, whether it is an internationally renowned building, or a single household chair. With this sentiment, it is no wonder that Jacob is an active member of the Cleveland Chapter of the Building Enclosure Council (BEC), an interdisciplinary resource to promote responsibly (but also beautifully) designed building skins and envelopes. We asked Jacob a few extra questions in case we missed anything: Your Alternate Reality Career: At one point I considered going to the Art Center College of Design in Pasadena to become an automotive designer.  I still tend to look at every line and crease on a new car with a critical eye. The One Attribute Of Montana You Wish You Could Bring to Cleveland: I would start with more sunshine. True or False: Well-detailed buildings are more expensive. I hate to say this, because I am an advocate of well detailed buildings, but it is true.  A lot of buildings get built with corners cut and they still perform adequately, and an over detailed building can perform outstanding, but with diminished returns.  A well detailed building will cost a little more, but have paybacks in multiple ways – energy, comfort, durability and aesthetics. Favorite Object at the Cleveland Museum of Art: I could easily name 4 or 5 objects in the collection, but if I were to boil it down, Rodin’s Thinker on the south terrace would win out.  Being one of only a handful cast under the supervision of Rodin himself makes it intriguing enough, but to me it’s the bombing of the statue, the political commentary it implies, the conservation issues in its wake, the irony of its origins as Dante atop the Gates of Hell… and in the end, The Thinker still just pensively presides over it all. Your Ideal Dinner With One Architect or Designer: Raymond Loewy.  We would eat steak frites at the Cloud Club atop the Chrysler Building while drinking Rob Roy’s and talking about THE FUTURE.