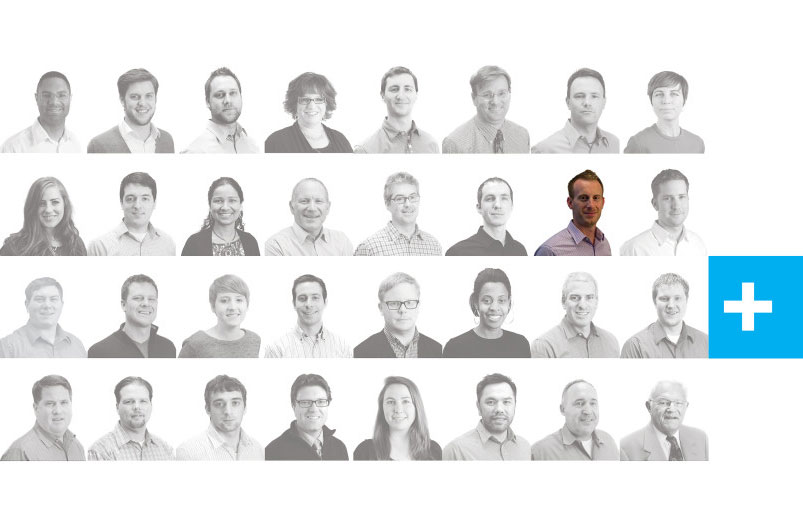 While we are already saying goodbye to some of our wonderful summer interns, we would like to welcome a couple new members to our team in the next week. Bialosky + Partners Architects welcomes designer and Kent State CAED graduate (B.S. ’10 & MArch ’11) Nate Bailey.

Born in Kentucky, Nate lived in the States until he was 3 years old.  His father, a missionary to Greece, relocated his family to Athens, where Nate enjoyed sunshine and baklava for the next 14 years. While Nate does not explicitly believe growing up in the frantic and historic urban environment of Athens led him directly to architecture, it did shape his world view in ways that make him a better, more thoughtful designer.

Upon returning to the States, Nate attended a community college outside of Toledo, where he earned an Associate of Fine Arts in Interior Design. He continued his education at Kent State University to study architecture. Three very special things happened at Kent. He received a Bachelor of Science, he further received a Masters of Architecture, and lastly met his lovely wife, Lauren. Well, there is a fourth. While we are quite happy that Nate met his would-be spouse at Kent State, we are even happier that he met Bialosky + Partners Principal David Craun. Mr. Craun, who serves as adjunct faculty at Kent, met Nate, while he was serving as a Graduate Assistant in the fall of 2010. While Nate thinks, Mr. Craun merely confused him with rapper sensation Macklemore, we would like to think it was Nate’s freestyle... err, design skills.

Nate Bailey and Macklemore: Separated at birth... or the same person? You decide.

Nate is a busy busy man. He is engaged with the AIA Cleveland Associates & Young Architects Committee, regularly serves as a juror on design studio reviews at KSU’s CAED, and continues to hit the books for the AREs to become licensed. Nate’s experience spans Higher Education, Retail, Healthcare, and Commercial work. When Nate is not living and breathing architecture, or being a general man of international mystery, he is quite a sportsman (which further validates the man of mystery bit.) In the summer, Nate suits up for volleyball, biking, and enjoying the great outdoors. In the winter: snowboarding in the Rockies (nothing against Boston Mills!)

Recently, I sat down with Nate to learn more.

Being a RTA rider for many months, it’s got incredible sectional qualities of infrastructure, public spaces, retail, and restaurant, in addition to offering opportune views to the city.

I can speak, read and write Greek – which is a bit disconcerting to Greeks who are usually thrown off by my fair Irish complexion.

Hobbies When You’re Off the Clock:

I enjoy reading and maintaining an active lifestyle. I’m an adrenaline junkie. Snowboarding in the winter and hiking, beach volleyball, biking, boating in the summer.

Nate and his wife Lauren taking a break from catching some waves on a trip to the west coast.

Your Ideal Dinner With One Architect or Designer (include the meal, place, and topic of conversation). I’d sit down with Rem Koolhaas at the Casa de Musica to a fully loaded Texas BBQ dinner complete with biscuits, beef brisket, mashed potatoes, etc and discuss design, AMO, and his favorite protégés.

Bonus/Optional: Favorite designed object / building in the last year (let’s say back the beginning of 2013)?