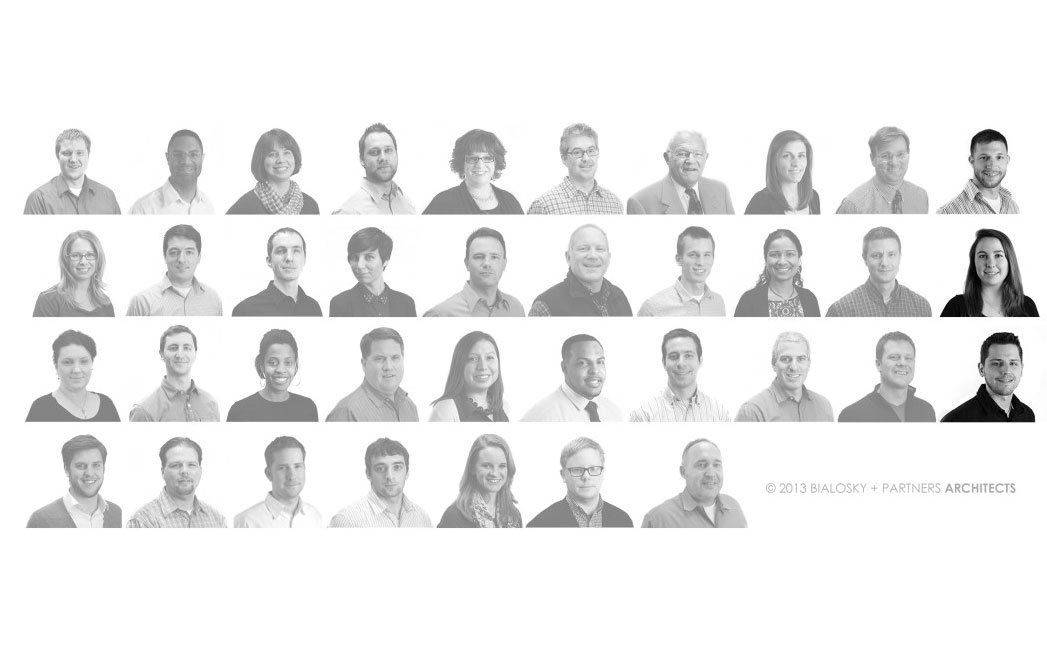 Summer is not all about ice cream cones and sandals. For Bialosky + Partners, it is the season for summer internships (although we love ice cream too). This year, we brought on three talented interns who are jumping into various projects within the office. We wanted to know more than just what project they're working on, so let’s learn some of the essentials about Scott, Jeff and Christy!

Scott Maslar Hometown: Concord, OH Education: BS Architecture 2013, Kent State University CAED Your Alternate Reality Career: Playing bass in a touring band that would play anything from James Taylor, Primus, Metallica, and Bela Fleck etc…. What Do You Do From 5:30pm – 8:30am?  When I am not at work I like to go for a run or a bike ride, play bass, or find a pond or lake to go fishing.  However Netflix tends to get me side tracked from time to time. Your Ideal Dinner With One Architect or Designer (Bonus: Non-Architect/Designer)? As cliché as it is, I would like to sit down to a steak and baked potato diner with Frank Lloyd Wright.  Although one of my favorite works that he has done is the Robie House, the only architectural question I would ask would be, what single project do feel was your worst work or that you dis-liked the most, and why?

Christy Scaglione Hometown: Cuyahoga Falls, Ohio Education: BA Interior Design 2012, Kent State University. Pursuing: BS Architecture 2014 and Masters of Architecture. Your Alternate Reality Career: Maybe a chef! I love cooking whenever I have free time. I especially loved cooking when I lived in Florence, Italy where all of the fresh ingredients were at your disposal right down the street at the market! My roommates and I had to get especially creative with our lack of an oven in our apartment! What Do You Do From 5:30pm – 8:30am? In the summer I love to relax in the pool, and in the winter I like to snowboard, unfortunately this summer I think most of my time between work will be spent studying for my summer class, the upcoming GRE, and preparations for grad school! Your Ideal Dinner With One Architect or Designer (Bonus: Non-Architect/Designer)? If I could have dinner with one architect/designer it would be Florence Knoll. She is an extremely successful and has studied under great people such as Mies van der Rohe and Eliel Saarinen. Having been to Knoll in New York and hearing the people closest to her talk about what a wonderful person and how talented she is I would love to sit down and have a conversation with her. I would want to hear about all of her time working and studying under such influential people and where she draws her experiences from. The non-architect/designer that I would want to invite to dinner would be Anthony Bourdain. He has been to many of the places that I want to travel to in the future and I would want him to share the best places to eat, stay, and see! The meal would be pasta and wine, which is one of my favorites, and maybe some gelato for dessert!

Jeff Jasinski Hometown: Wickliffe, OH [East Side] Education:  BS Architecture 2013, Kent State University CAED. Pursuing: Master of Urban Design Dual Degree 2015, Kent State University CUDC. Your Alternate Reality Career: Creator of Microsoft or a professional golfer. Whichever comes first. What Do You Do From 5:30pm – 8:30am? Spend time with my girlfriend. I also play guitar and try to go golfing as much as possible. Your Ideal Dinner With One Architect or Designer (Bonus: Non-Architect/Designer)? Architect: Michelangelo. I'd want to know how something such as the Florence Cathedral was even conceivable in that time. The meal would be Chinese food. Non-Architect: Paul Rudd. The conversation would be improvised so there's no way of knowing what the topic would be. The meal would most likely be hamburgers.