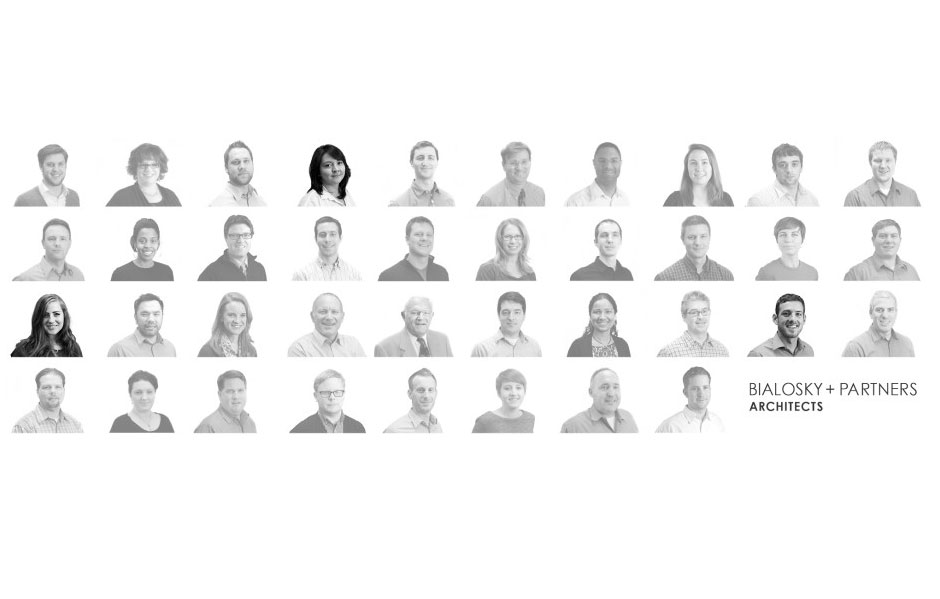 Many new faces have joined our office this month. Today, we'll introduce three - all are just starting their careers and just cut loose from school (or wrapping it up). We're pleased to have these talented millennials working alongside us! Meet Tyler Gentry 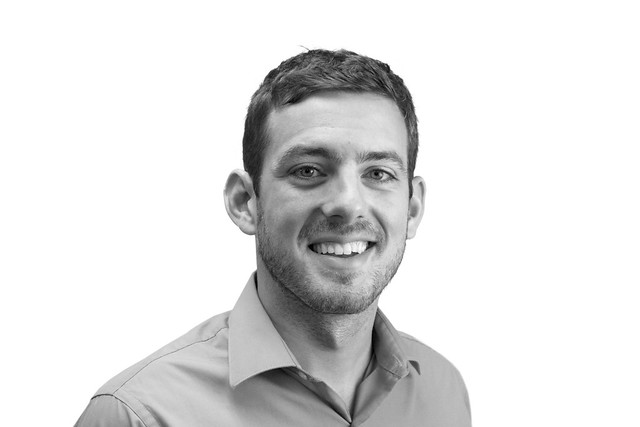 A recent graduate from the University of Cincinnati's DAAP program, Tyler Gentry (BArch '13) joins our office making his Cleveland debut. His hometown is Bellbrook, OH near Dayton. Tyler previously worked for FRCH Design Worldwide, which specializes in retail design and brand implementation. Throughout school, he landed great eye-opening co-ops, such as working alongside UC's University Architect, and teaching a design studio at an inner-city STEM school. The semester challenged engineering students to see everything in our world as a design opportunity. To prove the point, Tyler had a break-dancer visit his class to show that design doesn't just mean buildings, or even objects. Design can have many applications. With a trained design eye and an appetite of a hungry designer, Tyler decided to do something big. It began with a lonely warehouse that needed a lot of tlc. With his church, Missio Dei, Tyler and his team converted a lonely warehouse into an active art studio for church members. He's also done great graphic design work for their sermon series.

An old warehouse has found a new life as a church's gallery / cafe. Tyler helped make this happen in Cincinnati.

As a New Clevelander, What Landmark/Sight Are You Most Excited to See? As a new Clevelander, I really don’t know what to go see, so I’m open to suggestions! I’m excited to spend time by the lake, and I think that counts as a landmark. Hidden Talent: Well, I played washboard and mandolin in a bluegrassy folk band for the last couple years before I moved up here. That was very fun.

Tyler on washboard in the bluegrass band "Wretched Redeemed".

Your Alternate Reality Career: I would have to say I would be a photographer or a musician. Luckily, I can still do both of those things on the side. Your Ideal Dinner With One Architect or Designer: I would say Charles and Ray Eames, in their shop, eating steak, talking about furniture. Bonus: Your Ideal Dinner With One Non-Architect/Designer: C.S. Lewis on a mountaintop, surrounded by forests, talking about life. Still probably with steak. And bacon. Bacon makes everything better. Meet Jennifer Hlavin 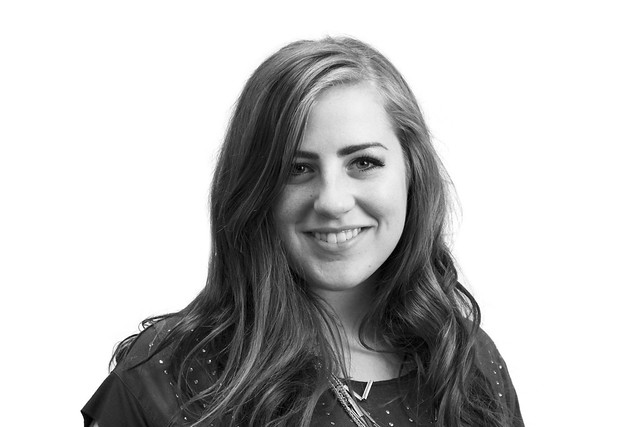 Fresh out of Bowling Green State University, Jennifer Hlavin (BS in Interior Design '14) applied all over the country before choosing to join us in Cleveland. One of the biggest selling points? The water. With a hometown of Sandusky, OH, Jen has always loved having Lake Erie as a backdrop. She has spent many a beautiful summer working at Cedar Point skillfully adorning visitors with hair-wraps, henna and face paintings. Jen, self-described as a "city person" is living the Live/Work/Play dream, with a three minute walk to work from her new apartment in Shaker Square.

Jen is unpacked and art is on the walls!

We were impressed to learn that as a young designer, Jen has credentials! She is a LEED Green Associate, and is looking to join International Interior Design Association (IIDA). She earned the Green Associate title while still in school, as BGSU has many interesting electives (one that  where she learned all one could ever want to know about textiles). In total, she was trained by just 4 professors, ranging in different cultures and disciplines (such as the arts and architecture). As a New Shaker Square Resident, What Is Your Favorite Weekend Spot? Dewey’s Coffee is by far my favorite spot in Shaker Square. Any place that has coffee, ice cream, and popcorn all at one stop is definitely good in my book. Hidden Talent: My hidden talent would probably be my ridiculously strong sense of smell - I’m basically a blood hound. I'm also a band nerd and was the drum major during high school, I miss it!

Your Alternate Reality Career: I would want to be an animal conservationist and have a T.V. show where I travel around the world and hang out with cool animals while simultaneously educating people about them. I ultimately just want to hold baby animals all day. Your Ideal Dinner With One Architect or Designer: Philippe Starck is one of my favorite designers and seems like an awesome guy to hang out with. Since he is a Parisian, we would have dinner in Paris followed by cappuccinos and crepes while discussing his vast collection of interior, product, industrial, and architectural design work. Meet Marcela Sandoval 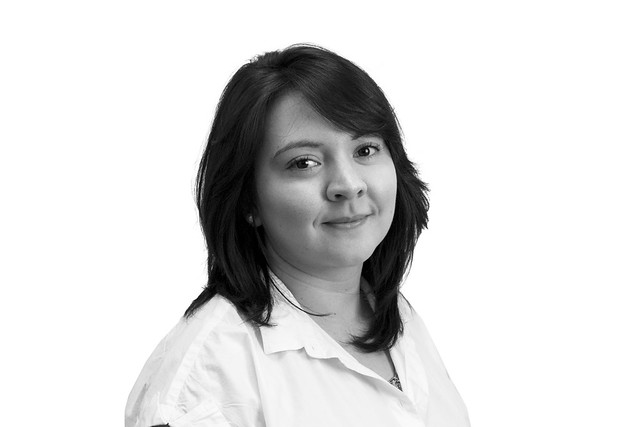 Marcela Sandoval joins us for two months on an internship focused on planning. After her time with us in Cleveland, Marcela will return to the coast of South America to complete her Bachelors of Architecture at the University of Northern Chile. The skinny country of Chile sports a coastline the distance between New York and San Diego, and is sprinkled with deserts, mountains, and lush greens. Being able to always see the ocean is something Marcela has come to love about Chile (and all the friendly Chilean people!).

Marcela will journey back to Antofagasta City, Chile to complete her Bachelors.

Her hometown, though, is San Luis Potosi, Mexico- a central city boasting 1 million inhabitants. One very special district of San Luis she describes is right along the Gulf of Mexico, called La Huasteca. It is filled with falling waters, tropical rainforests (with about 2,000 species of plants) and all kinds of animals. Marcela explains that the downtown is closed off to cars, and she enjoys seeing that kind of planning in cities.

As you may guess, Marcela loves traveling and absorbing new cultures, and how those other cultures approach design. She comes to Cleveland to do just that. In her own words "travel is the way in which you can understand the past, present and future; and also is the only way to understand that architecture may be different in distinct places and times, but always has something constant: the pursuit of human welfare as its main objective." Marcela predicts pursuing a Masters after graduation, and a LOT more travel in her life. If she had a golden ticket to go anywhere in the world, Marcela would fly right to China, as she finds their culture very fascinating. One characteristic of San Luis Potosi you would give to Cleveland: In San Luis, there is always music in the streets, with people enjoying it and dancing to it. Hidden Talent: Well I don't know if it's a talent, or if I'm being conceited….. but I think, that I'm a really good shower singer. Your Alternate Reality Career: Well, I declare myself a CHOCOLATE LOVER, I have some kind of addiction for it, so I’m always baking cakes (it’s the only thing that I could bake because I’ve been trying with muffins or cupcakes and …. Well let's say that it’s not my thing. So I choose baker. Your Ideal Dinner With One Architect or Designer: I’m a huge fan of Daniel Libeskind as an Architect, but I choose Michel Rojkind. We probably we could have dinner at the restaurant that he designed: Tori- Tori,  that is so cool that you could spend all the afternoon there feeling like in a bubble. The topic of the conversation…. I think that we discuss his theory of fun and study of a space, because I think that it’s brilliant. Bonus: Your Ideal Dinner With One Non-Architect/Designer: Toshiyuki Inoko, founder of teamLab.  I love what they do, so it would be really interesting.