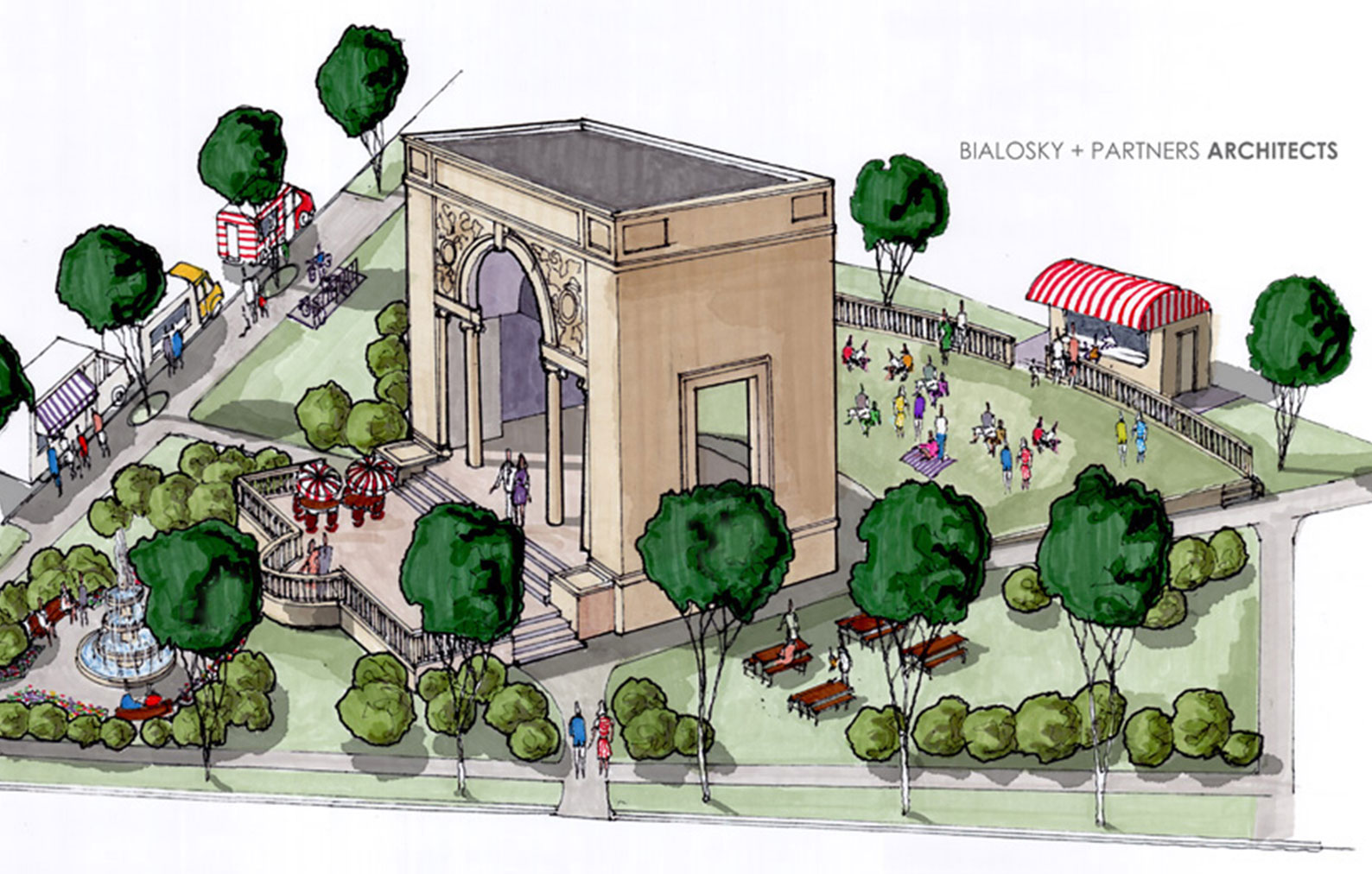 Bialosky + Partners Architects are proud to be working with Neighbors In Action who are working to save portions of the Fifth Church of Christ Scientist, located at West 117th St and Lake Avenue in the city of Cleveland's Edgewater neighborhood.  It is unknown if the church will be saved as it is part of a larger redevelopment project, The Shoppes On Clifton.

Fifth Church, which has been standing for 87 years, has been left vacant for many years - and effectively left open to the weather, significantly deteriorating its condition. Bialosky + Partners have worked on many proposals with developers on this site over the years, most thoroughly being a project called "Landmark Square" in 2002 with Cleveland Urban Properties, LTD, Samstel Investment Group in conjunction with Marous Brothers Construction.

Neighbors In Action, an independent group of concerned residents from the Edgewater and Cudell neighborhoods engaged Bialosky + Partners to help develop alternative proposals for potential re-uses of Fifth Church based on our previous work in the neighborhood and on development proposals for this specific site. Drawing and design efforts were lead by Bialosky + Partners, Partner Emeritus, Jack Bialosky Sr., who was recently featured in Freshwater Cleveland.

If you're interested in learning more please see the following sites and press articles:

Use your voice to let local leaders know your thoughts on the project and alternate proposals: http://www.neighborsinaction.info/useyourvoice.htm

Neighbors In Action are hosting info about the Landmark Square project here: http://neighborsinaction.webs.com/landmarksquare.htm