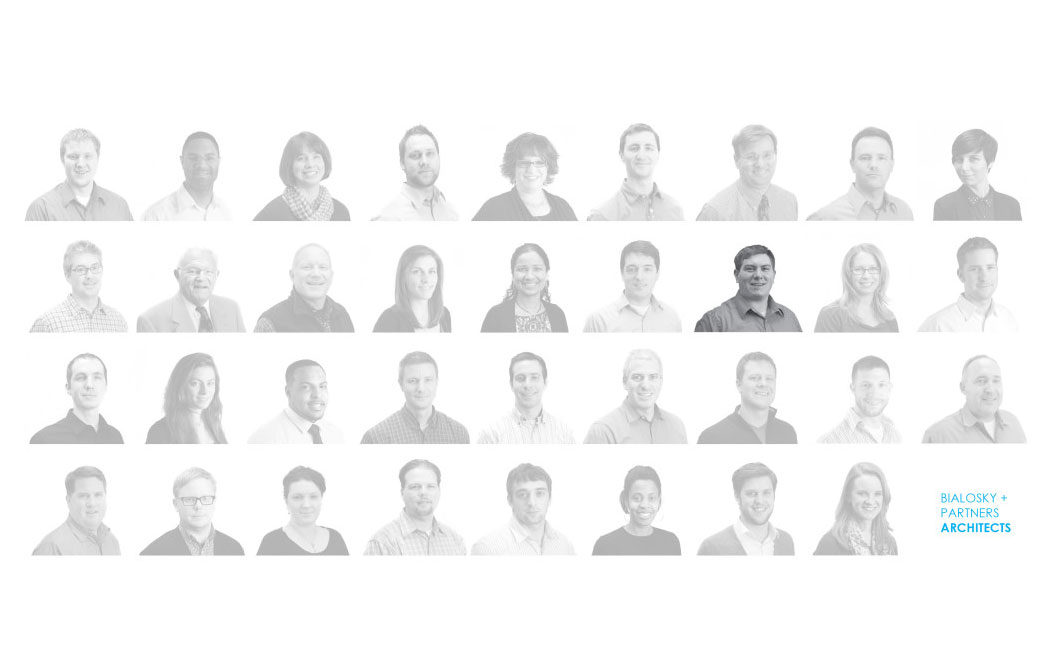 Last week we welcomed a new addition to our Cleveland office, Brad Valtman. While educated at the Sam Fox School of Design & Visual Arts at Washington University in St. Louis (c/o ’12 – B.A. Architecture with Env. Studies & U.D. minors), Brad knows the gravity of Northeast Ohio winters as a Cleveland native- no need to warn him! Brad interned with the Cleveland City Planning Commission (summer 2011) while completing his degree at Wash U, where he spent many days walking the streets of Cleveland on a photo-scavenger-hunt, taking images and creating drawings to illustrate city streetscape guidelines in a clear way.  Since graduation, he has been back working in Cleveland for a little less than a year, helping to edit publications and graphics at the Cleveland Urban Design Collaborative (CUDC) and interning at AKW Inc., before joining us.  He is coincidentally attributed as an editor of Urban Infill Volume 6: COLDSCAPES: Design Ideas for Winter Cities, which will feature Bialosky + Partners’ honorable mention submission, GLOW, this Friday. First of many fun facts: Brad actually has only one degree of separation to our last hire, Hannah. He was a student of Hannah’s Aunt Andrea Freidman at Wash U. Brad even recalls Professor Andrea Freidman discussing her niece studying abroad in Copenhagen, when discovering Brad was set to study there the following semester. We’re not sure who has retained more of the language though; Brad admits that he felt victorious the one time he successfully ordered a pastry in Danish towards the end of the semester. He would love to go back, and explore the emerging area of Ørestad, which has been receiving worldwide attention as a model of urban development.

Brad at the recently completed 8 House by BIG - in the growing neighborhood of Orestad in Coppenhagen.

From what we understand (and confirmed by co-worker Matt MacRaild, Wash U ’03 B.S., ’07 MBA, ’09 March & MUD ), there is a fantastically curious course selection at Wash U that includes topics on dinosaurs, the Beatles, and … the History of Magic. Brad enrolled in the History of Magic to fill his degree requirements (it was strangely the only “history course” that fit into his schedule). We suspect he has studied a handful of very useful spells, and predict his first project will have inconceivable cantilevers that mysteriously work and are in budget. 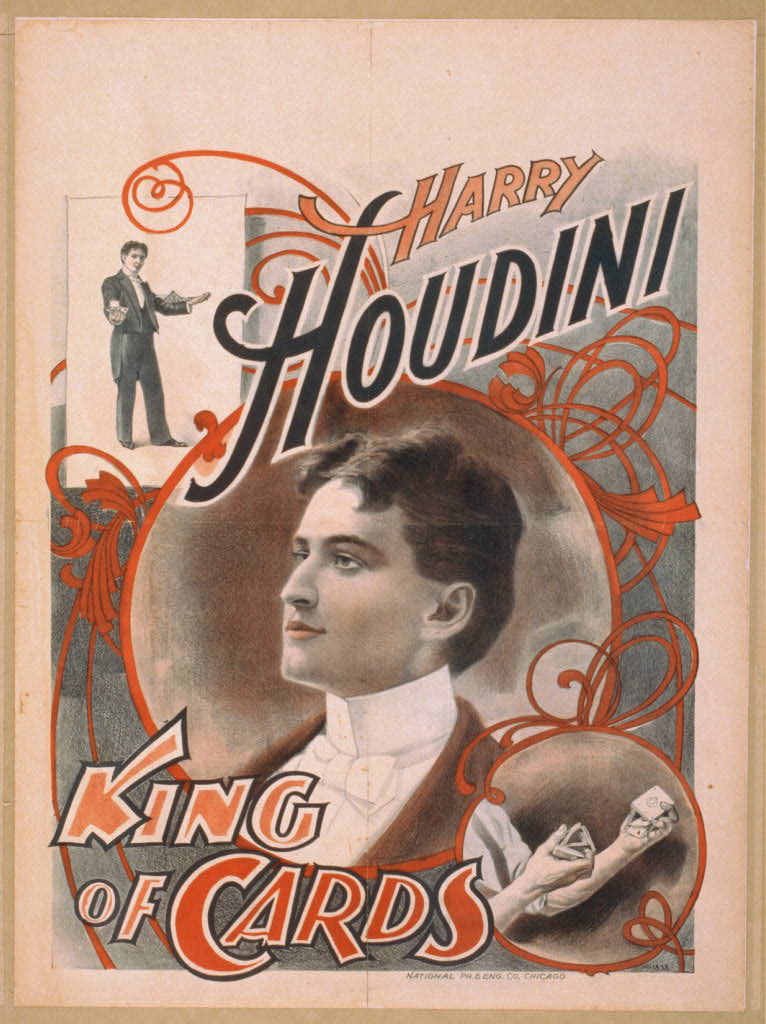 Brad is is quite learned in the history of magic, so be warned if you enter a card game with him. Image Source: The Library of Congress American Memory

This may not even be the most enchanting part of his undergraduate experience at Washington University. Brad sung for years in Wash U’s The Aristocats – an all Disney A Cappella. If you’re unfamiliar, Disney A Cappella groups have been an exploding scene in the past decade, and consistently booming with viral videos and new young stars. I’m particularly a fan of Brad’s spot-on rendition of the song “Gaston” from Beauty and the Beast. (The group’s Youtube channel is thearistocatswashu). We asked Brad a few more questions to get to know him a bit better. Favorite Professor / Studio at Washington U: My favorite studio wasn't quite a studio, not quite a class.  It was called Building Community, Community Building, taught by Bob Hansman, that focused on St. Louis’s history, specifically how architecture and urban design/policy shaped the socio-cultural landscape that existed today and how that socio-cultural landscape in turn influenced the morphology of the city.  It was an eye-opening class that really showed the influence the built environment has on people’s lives.  For my favorite professor, that would definitely be Patty Heyda, who teaches a good portion of the urban design classes and studios.  She really solidified my passion for urban design as a discipline, and has helped me develop my understanding of what urban design actually is.  Biggest Difference Between St. Louis and Cleveland: Surprisingly, there isn't much difference between the two; they suffer from a lot of the same issues, have a lot of similar neighborhood characteristics.  To me, the biggest difference was really about the natural resources; having grown up on Lake Erie, it was a big shock to be in St. Louis and only have the Mississippi River nearby.  Not the first place I would go for a swim, let me tell you. Where You Are Found Off the Clock: When not in my car singing melodiously along to the radio and/or Pandora, I can usually be found cooking, looking up fun things to cook, and finding obscure videos on Youtube.  I also spend an inordinate amount of time taking care of my  beasts, a pair of golden retrievers. Your Alternate Reality Career: If the alternate reality was only slightly alternate, then a structural engineer or urban planner.  If it’s a little more alternative, then definitely a celebrity chef with a sideline of cupcake shops.

Your Ideal Dinner With One Architect or Designer: Hands down, it would be Alvar Aalto, in the Villa Mairea with some grilled reindeer steaks.  After having spent a semester studying the Villa  as a case study, I quickly fell in love with how it moderated Modernism with local materials and conditions.  As for the topic of conversation, I'd love to know more about his thoughts on how mass industrialization, globalization, and urbanization are influencing architecture and design. 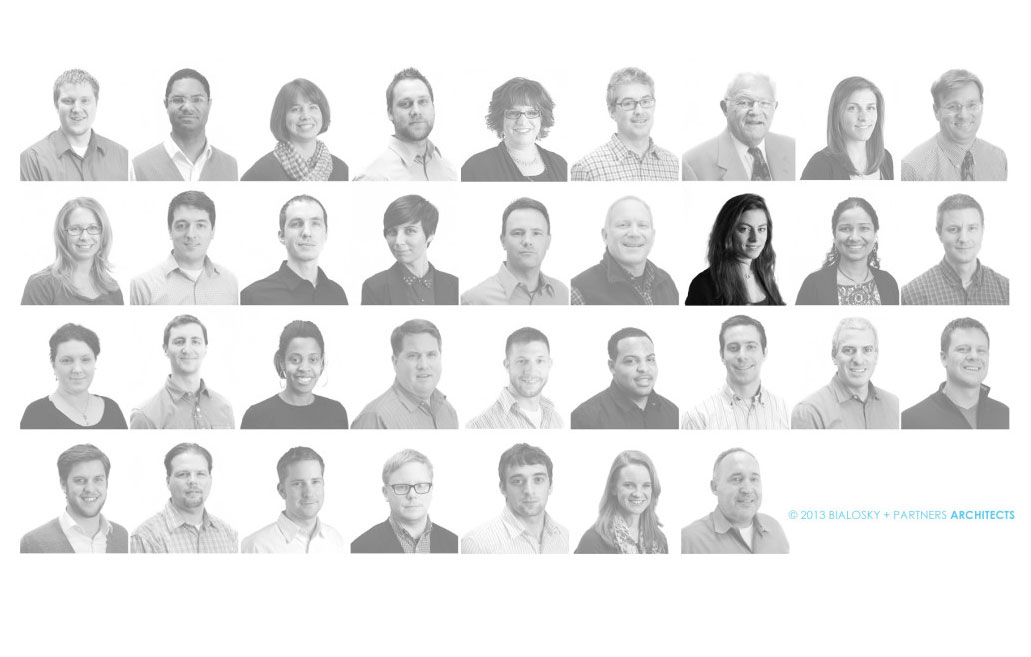 Hannah may very well be one of our best-traveled young designers. While completing her Bachelor in Environmental Design (BEnvd, class of 2012) from the University of Colorado in Boulder, she studied abroad in Barcelona (2011) and Copenhagen (2012). With her chosen emphasis of Architecture (the program offers four different concentrations), Hannah was a globe trotter seeking out thought-provoking buildings and spaces- from Stephen Holl’s striking Kiasma Museum in Helsinki to poetic European cemeteries like Stockholm’s Skogskrykgarden, sited in a looming forest.

One of Hannah's favorite residential streets in Copenhagen. She would live there in a heartbeat.

For a week, Hannah escaped to the Scandinavian lowlands of the rolling countryside- which should clue you in of her innate passion for nature. It’s not only a passion, but an expertise. While working at a huge greenhouse in Michigan this past summer, Hannah gained a new knowledge and appreciation of living systems. Surrounded by hundreds of living species, between all the vegetables, fruits, succulents, bonsai trees, cacti, and tropical plants, Hannah learned about which plants lived harmoniously together, and in what climates they would thrive. She’s translated this love of living systems and ecology into architectural applications – creating living walls. Hannah would probably jump at the chance to make you one.

Hannah on the roof of Palau Güell in Barcelona

In another life, Hannah was a visual merchandiser at a furniture store converted from an empty roller-rink. She would set up vignettes, playing with light, color and space, to make interesting and appealing environments. She brings all these unique experiences to the table as she begins projects at our firm. Still want to know more about Hannah? We asked her a few of our favorite questions for new hires, and she has some pretty good answers for them: Favorite Designed Object: I really like clocks and watches.  It is interesting how dramatically they have changed over different time periods- the range of materiality and transitions between ornate and simple. Your Ideal Dinner With One Architect or Designer (Bonus: Non-Architect/Designer): Guz Wilkinson from Guz Architects.  They mostly do residential work and I love the way all of their designs incorporate nature into the built environment, “expressing as seamless a transition between the inside and outside.”  I think that nature has a significant impact on a person’s well-being and I am interested to know about the effects it has had on the people who inhabit the spaces, as well as the thought that went into creating them.  I also would really like to visit Singapore, so ideally we would have a native dish in the botanical gardens.

Hidden Talent: I guess I can cook pretty well.  Sometimes it’s just an experiment of whatever I find in the fridge, but it always turns out nicely.  Except for the time I made fried green tomatoes on a whim... that was a complete disaster.  But I like to use all different herbs and spices.  Presentation is also very important. Your Alternate Reality Career: I would definitely want to work with plants: a combination of landscape, organic farming, and flower arranging.  I would also be a yoga instructor.  And if I could fit in the time it would be great if I could design the stages for some of my favorite musical performers and then get to see them play!  I think all those jobs would create a nice balance and allow me to travel frequently.