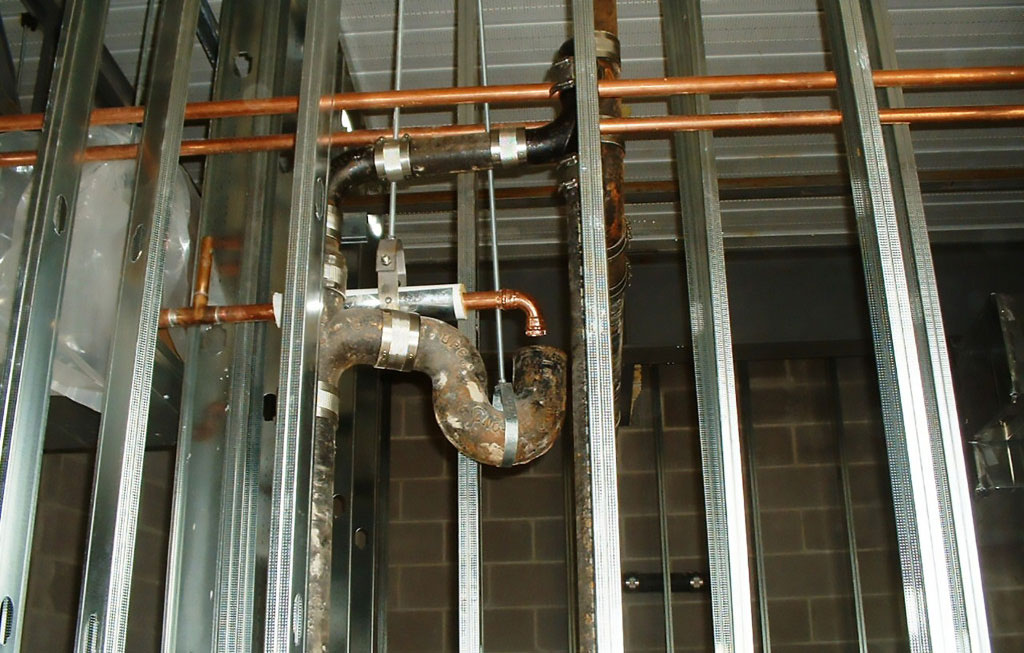 By John Guzik & Jack Bialosky People often comment that the practice of architecture requires the use of equal parts art and science, so architects tend to be jacks-of-all-trades.  Certainly we do call upon experts and consultants for efforts that extend beyond our normal proficiency, but more than anything else we find that we need to be constant learners.  This is definitely true with the design and construction of high-efficiency, sustainable, green architecture. A case in point is a recently completed school in the Midwest.  The building was designed by Bialosky + Partners Architects to very high standards, employed a wide variety of sustainable strategies, and achieved a LEED silver certification from the USGBC.  While materials and systems used throughout the school were selected for their high performance characteristics and seemed to be functioning properly, there was a mystery developing.  Occasionally an unpleasant odor would migrate through certain portions of the building.  The locations were transient and the source was unidentifiable for quite some time.  Eventually it was determined that the odor was caused by sanitary gasses escaping from dry drain traps within the ceiling plenum.  The building’s geothermal system provides heating and cooling for the school with the help of heat pumps distributed above ceilings around the facility.  When operating in cooling mode these heat pumps generate condensate that must be conveyed away by hub drains attached to the plumbing sanitary lines.  The drains had the code-required trap primers to maintain an air-tight seal, but investigation revealed that an exceptionally high percentage of the trap primers had failed due to mineral deposition.  Lab testing indicated that unexpected quantities of copper, zinc, and lead precipitate on the primer valves were making them stop functioning.  This meant that when sufficient condensate water evaporated from any of the hub drain traps, sanitary gasses would escape and circulate through the return air plenum and into the mechanical units conditioning the building’s occupied spaces. The question was why the water was depositing such levels of particulates on the valves, especially in a newly opened green school.  Parts of the mystery began falling into place once it was understood that the residue on the trap primers was actually metal being dissolved from inside the water supply pipes.  Further testing showed that the water within the building’s pipes was significantly more acidic than the water being provided to the school by the public utility.  The pH of water provided by municipalities around northeast Ohio tends to fall between 7 to 7.6 due to the presence of naturally occurring limestone in Lake Erie but somehow the water in the schools lines was closer to pH of 6.1 and was actually corroding the copper pipes and brass fittings. A water chemist was engaged to help explain the situation and propose a resolution.  Ultimately a water softening and treatment system was installed to address the corrosion issues and alternate trap seals were installed on the hub drains to supplement the trap primers.  Regularly scheduled testing will confirm that the corrective actions are working as intended.  The actual reason for the water acidity in this instance appears to be a fairly frequently encountered, but little-known, case of standing water inherently decreasing in pH over time.  The use of low-flow fixtures and water saving technologies in this building resulted in significantly less water use than a building of comparable size and occupancy, but may have actually contributed to the problems being experienced.  Schools tend to have very intermittent water use.  Users may call for fairly high volumes at certain times of day, but from dusk to dawn, all weekend and holidays, and most of the summer, there is very little water use.  Couple that with new technologies intended to reduce use and virtually eliminate waste of this precious resource, and the water in those pipes can sit unused for long stretches of time.  It appears that this very scenario resulted in the mysterious series of events in this new LEED certified building. In this case, it was perhaps lucky that a specific alignment of circumstances resulted in the mysterious odor that alerted the project team to the greater issue of high water acidity before significant damage was done to building systems.  Undoubtedly similar low pH water conditions are eating away at water pipes in many buildings today – perhaps due in part to the well-intentioned use of water saving technologies.  Damage to piping, fittings, equipment, and general water quality will likely go unresolved until architects, engineers, building owners, and managers are more aware of the potential issue. Architecture is a wide-ranging and fascinating field and we learn more every day.  In addition to the practice of art and science, sometimes an architect is called upon to play the roles of chemistry student and detective as well.