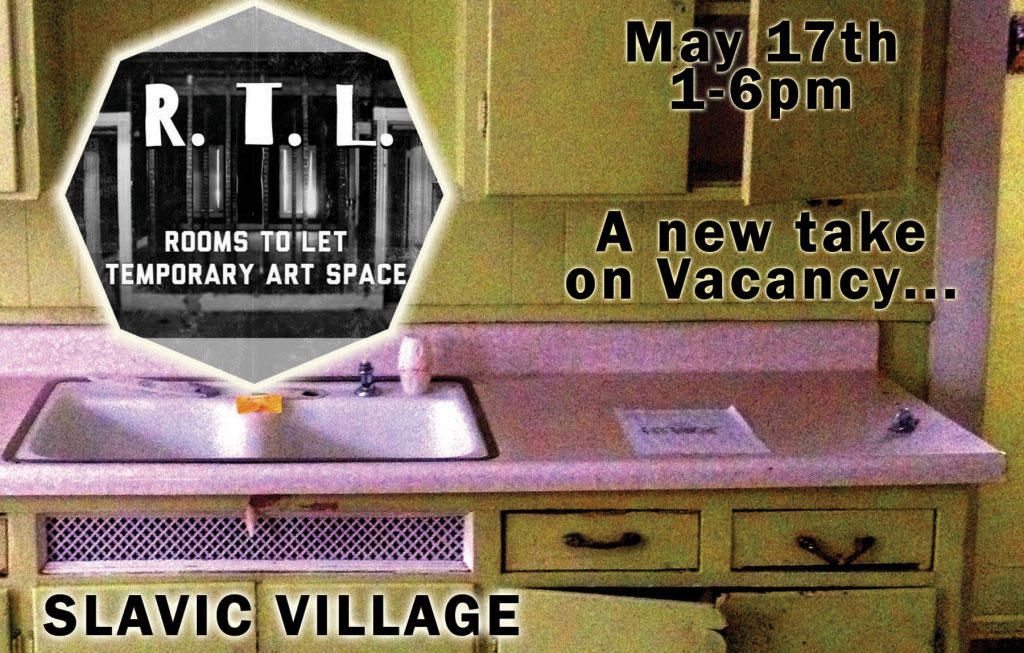 Tomorrow, Saturday, May 17th, an installation created by a team from Bialosky + Partners Architects will be on display as part of Slavic Village’s Rooms to Let: CLE. Rooms to Let is a collaborative art project led by the Slavic Village Development and Zygote Press in which three abandoned houses, struck hard by the foreclosure crisis, are transformed for one day into canvases for community artists. Inspired by a similar project in Columbus, Rooms to Let aims to bring attention to the issues surrounding the foreclosure crisis in Cleveland as well as act as catalyst for community involvement in Slavic Village.

Each of the three houses involved were curated by an artist that lives or works in the community—Wesleigh Harper and Michael Horton of MAKER Office, Barbara Bachtelll, Director of Broadway School of Music and the Arts, and Scott Pickering, graphic designer and multi-media artist. The house containing BPA’s installation was curated by MAKER Studio and also includes work from architect and visual artist Allison Lukacsy, artist Michael Loderstedt, as well and an exterior installation by MAKER themselves.

Hope Rising is the transformation of six rooms in an abandoned house in Slavic Village as a symbolic progression from tragedy to recovery.  The project explores the stages of grief associated with the trauma of foreclosure. It achieves this through the experience of ascension through the house from entry to attic as an act of moving through these stages into a better place. For our team, the idea loosely follows the complex, highly layered history of the house from its former life, to this temporary intervention and towards the eventual rehabilitation. 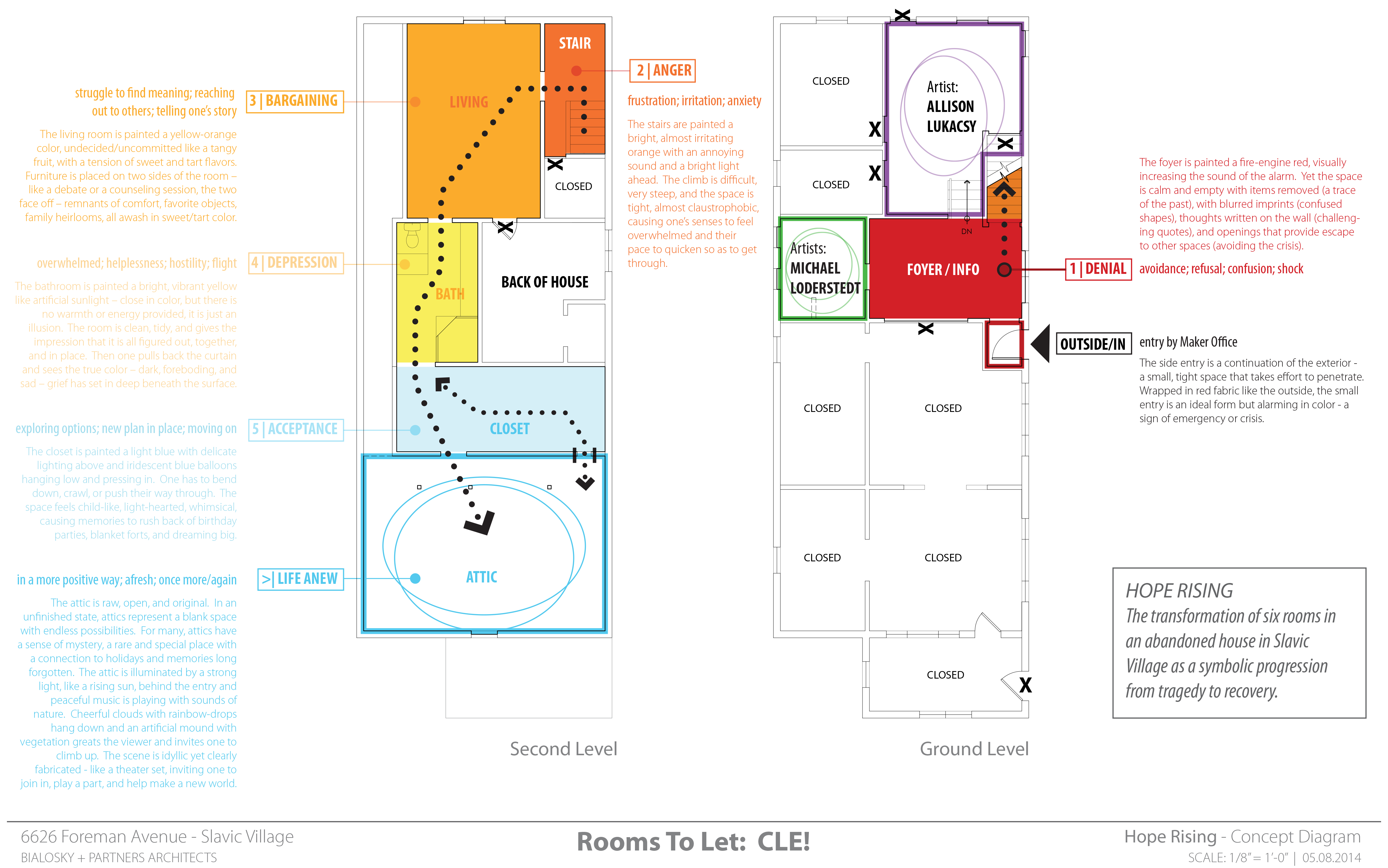 The theme for each of the transitional spaces follows the five stages of grief identified by the Swiss psychologist Elizabeth Kübler-Ross that patients often experience when given a terminal prognosis.  These include denial, anger, bargaining, depression, and acceptance.  The sixth and final space is symbolic of a breakthrough or next chapter in the story of an individual, family, or community and is inspired by the fleeting moments often experienced between dreaming and waking.  We explored these complex themes with visual, tactile and audio sensory triggers including color progression, lighting levels, themed music, placed objects, space compression, and suggested interactions including crawling, sitting, and climbing.

This project is a means to discuss and consider wider issues of foreclosure, abandonment, population loss, and how to redevelop our neighborhoods without losing their memories and histories. Our collective goal, through the Rooms to Let: CLE! exhibit, is for the community to view a home's abandonment, not as a permanent situation, but rather as a temporary state that holds endless possibilities and the promise of a bright future.

Hope Rising is a collaboration by architects and designers at Bialosky + Partners Architects lead by David Craun and Ted Ferringer along with Hallie DelVillan, Brad Valtman, Chelsey Finnimore, and others under the curatorial oversight of Westleigh Harper and Mike Horton of Maker Office along with two additional interior artists, Allison Lukacsy and Michael Loderstedt. Funding was provided in part by Bialosky + Partners Architects, the Slavic Village Development Corporation, and donations by co-workers, friends and family. Rooms to Let: CLE takes place Saturday, May 17th from 1–6pm in Slavic Village. 6628 Sebert Ave. 6626 Forman Ave. 6818 Fleet Ave