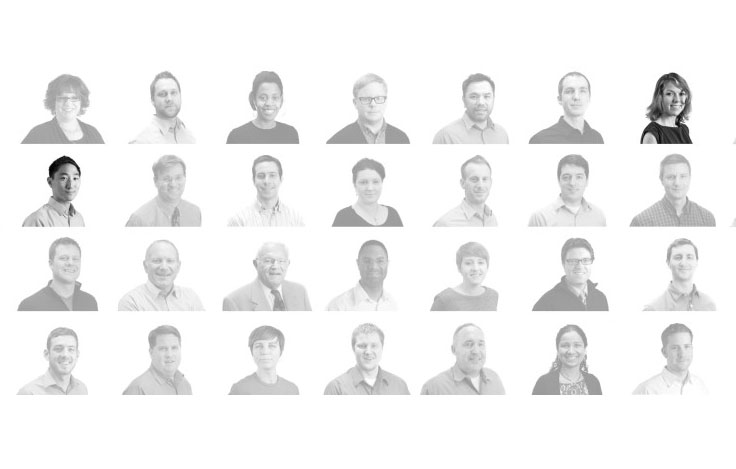 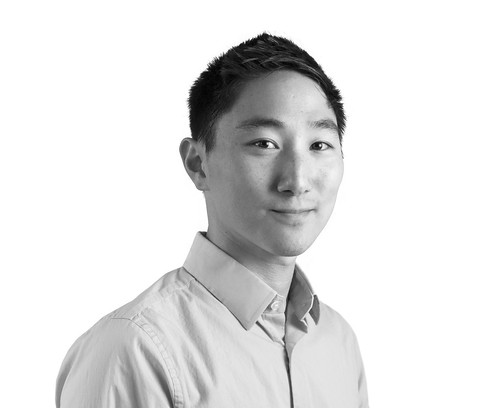 Adding Jon Spring (BArch ’10) creates our fifth pair of name duplicates in the office. But seriously, Jon is a double. While he has an identical twin in South Korea, Jon grew up here in America, in McLean, VA which is right outside Washington, DC. He worked there at RUST | ORLING Architecture, on office interior fit-outs and new base-buildings. Now that Jon has taken hold of some of Bialosky + Partners projects, he’s gained a bit of a reputation as one of our speediest CAD drafters. It has led us to believe that, in another life, Jon was a rugged cattle rancher with the quickest draw in the West.

Jon Spring in a previous life. His reputation in the office as one of the speediest draftsmen naturally leads us to believe he was once a quick-drawing cowboy.

Trained at Carnegie Mellon, Jon graduated with a five-year Bachelor of Architecture, peppered with semester internships with Burt Hill. He can also add collegiate swimmer to his resume. Jon enjoyed his time as a student in Pittsburgh, and now looks forward to life in Cleveland, residing in the Cedar-Fairmount neighborhood.

Jon's answers to some of our favorite get-to-know-you questions:

Your Alternate Reality Career:  Being a roller coaster designer would be awesome and definitely validate the countless hours I spent playing roller coaster tycoon as a kid.

The City You Would Most Like To Visit: Even though I hate crowds, I really want to visit Tokyo someday.

If given a ticket to anywhere, Jon would fly to Tokyo (image from Wikipedia / Cors).

Hidden Talent: I make a pretty good guac, if I do say so.

Your Ideal Dinner With One Architect or Designer:  It’d be fun to talk with James Timberlake at Ikea and over Ikea meatballs, about mass customization of architecture. 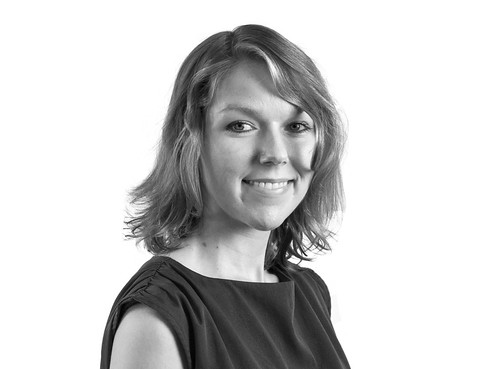 Julie Whyte (MArch, MUD ’12) adds great muscle to the firm's urban design chops. Her work ranges all scales and forms - from regional planning to alluring skeletal sculptures. Before joining us at Bialosky + Partners, Julie wrapped up her Post-Graduate Fellowship at the Cleveland Urban Design Collaborative. As this program started with Julie, she was fortunate to mold the position- balancing practice, research, and mentorship to the CUDC's students. As part of the CUDC staff, she worked directly with the residents of 2100 Lakeside Men's Shelter to design and implement a garden in the vacant lot  adjacent to the shelter.

Julie leading the Team Up to Clean Up event, where the neighborhood was invited to 2100 Lakeside's Men's Shelter for a picnic and a day of volunteerism to make their garden a reality.

It's important to add that Julie is a violinist and pianist, and is in good company with many fellow musicians in our office. We're waiting for the album that features her talents, along with the honorable Bialosky whistling trio. She is quickly approaching her wedding date, where she will assume the surname Roberts, in which case  we'll all have to fight the urge to call her Julia.

We asked Julie the same questions, and actually got one identical answer to Jon's!

Your Alternate Reality Career: A writer/researcher.

The City You Would Most Like To Visit: Tokyo – I have never been to Asia and would love to explore it.

Your Ideal Dinner With One Architect /Designer:  Adriaan Geuze of West 8 Landscape Architects; coffee at an outdoor café in Rotterdam; I would pick his brain about the design culture of Northern Europe and his Borneo-Sporenburg project.

Bonus: Your Ideal Dinner With One Non-Architect /Designer: I would have chianti with Ludovico Einaudi at the Piazza della Santa Croce in Florence. I would ask him about his process for composing music and we’d discuss how this process compares to the design process.

A beautiful setting for Julie to share a glass of wine with composer Ludovico Einaudi.